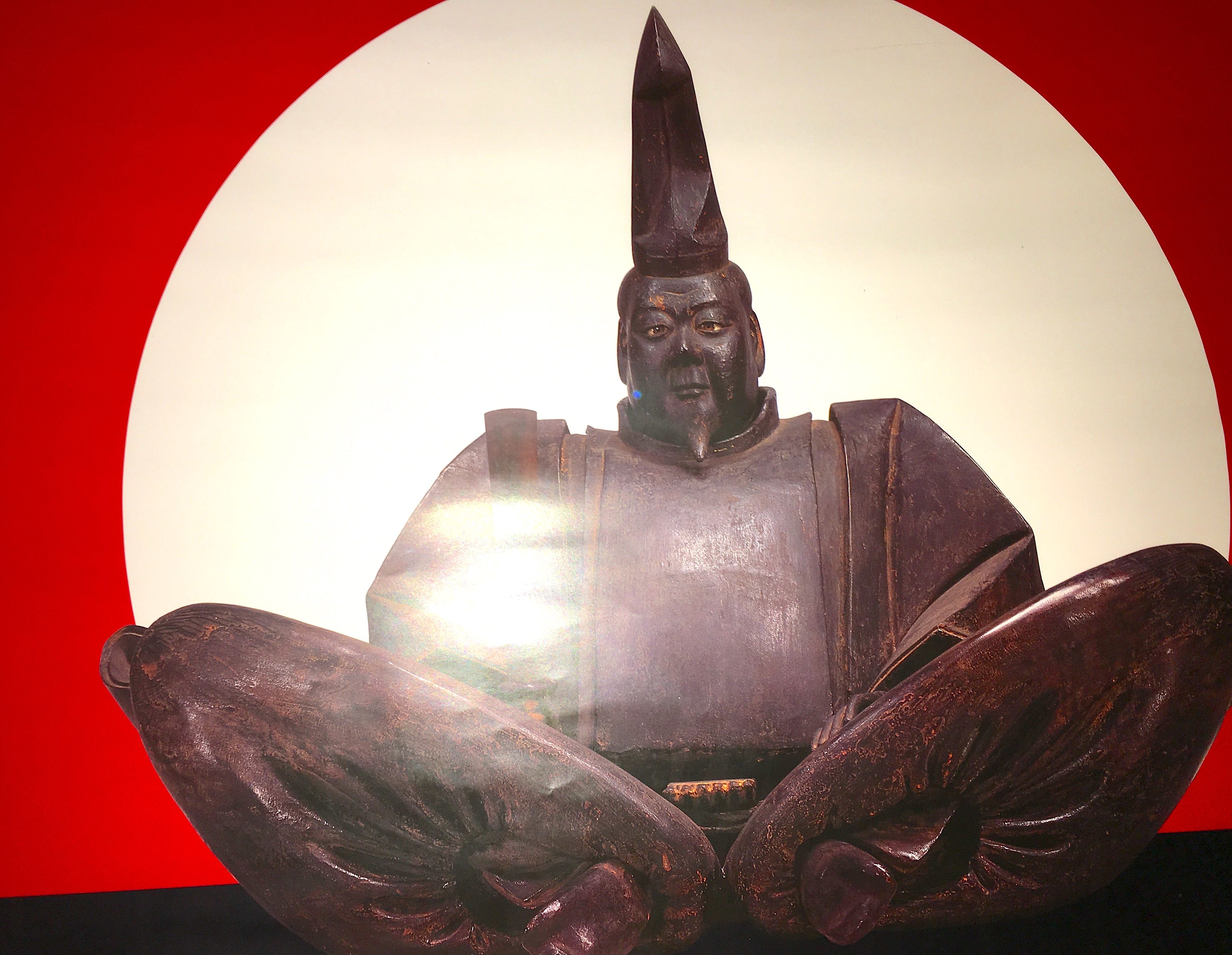 In an Organization with a Tight Chain of Command

„I joined the police, made lieutenant, have a squad working under me. The police value me for who I am. … I am willing to think about marriage, but only if I meet a man who can accept me as I am – can accept what happened to me, my being a cop, a lieutenant, all of it. I’m not a complete freak, you know.”

from: “The Silent Dead”

It’s me, Marlowe – I just came across 2 novels from Japan: the beginning of a series (I’m sure more translations will follow soon!).

Reiko Himekawa – only 29 years old – is a lieutenant in the homicide division of the Tokyo Metropolitan Police (the HQ!) and even leader of her own squad of 4 officers resp. detectives. What a stunt for a woman – even today – living in a Japan where until now – I think – women mainly are married, become mothers and live happily ever after. Well: if there is a woman in a job in Japan then she’s mostly a secretary, PA and tea making collegue or someone on workers’ level… Now there is Reiko!

Reiko is – so far I read – the only woman in a men’s world. Why did she join the police at all? Now it gets rather personal…

There was an incident when she was 17 walking home in the evening crossing a park. She was brutally raped. The rapist was found and identified due to the never ending efforts of Michiko Sata, a female detective, who cared thoughtfully for Reiko. When the rapist was arrested Michiko was killed; Reiko was devastated. Later in court the defense lawyer tried to bully Reiko by insinuating that Reiko had provoked his client and that they had had consensual sex etc. Reiko, however, stood up for her detective and courageously spoke about the incident leaving an unmistakable message. All policemen in court were proud of her as a witness and gave her standing ovations. Then Reiko decided to become a detective herself.

The incident was 12 years ago, but Reiko is still afraid of walking in parks especially on summer nights, has nightmares and some sort of panic attacks when thinking about… All this is revealed in the 1st novel, but fortunately Reiko slowly accepts her past and tries to stomach the incident. Nevertheless she’s afraid and shocked when a rival lieutenant deliberately drops hints because Reiko never ever told any colleague about the incident.

The police in Japan is rigidly organized and knows levels and levels of command: all is about hierarchy. Everything is fixed, everyone has got his place and acts responsively. Overall there seems to be a certain ruthlessness which is very unfamiliar when diving into the Western police world. Everyone – or nearly everyone – wants to have a career. On Reiko’s level there are some lieutenants who want to grow their profile and reach out for the next rank in police hierarchy. When working on the same case this is deadly – it seems that the case and the suspects arn’t so important sometimes; they seem to be only means for tactical advances if anything. The lieutenants try to cheat on each other at the expense of truth and justice.

In such an environment it is essential to rely on your squad. Obviously the squad is always behind its leader – also valid for Reiko. Her squad is made of 4 detectives: 2 sergeants (older than Reiko) and 2 officers (younger than Reiko). The career related argy-bargy of the lieutenants involves the squad  members as well and face-offs form part of daily business.

The daily business is stressful: If there is a murder case it seems that all forces concentrate on this murder case. There isn’t only a lonely lieutenant with his squad responsible for solving the case – there are always several lieutenants with their squad busy with gathering information, analyzing, interviewing, setting up lists on whatever… By sheer numbers I think that the total workforce on a murder case in Tokyo might be 50 up to 100 people (or even more) always strictly organized.

There is a team room especially set up for the case. Each evening there is a meeting of all detectives (of all ranks) with the „bosses“ resp. „big bosses“ (in UK it’s collectively the „brass“) – and of course they also arrive en masse and take seat on a high table in front of all rank and file. Results are presented, decisions are made by the „bosses”, tasks are defined and assigned for the next day. The „bosses“ also decide when it’s time to take a collective holiday – of course a murder case is a 24/7 affair. Each lieutenant and each squad always tries to get the most promising and glamorous tasks.

…and there are the usual overtime problems shared by all policemen in the world – except that Japanese detectives seem more dedicated to their job: they even take their own money to bribe some police informers to advance and become successful.

Until now Reiko has to deal with 2 murder cases – and both are really loaded.

A dead man is found… he was brutally murdered. Reiko looks after the case and more dead people turn up also brutally murdered, but days or weeks or even months ago. Step by step she reveals a deadly game – and finally not only a member of her squad is killed, but also Reiko is badly injured. The murderer is a product of modern Japanese society where privileged people raise children who cannot cope with the privileges and run wild.

During the next case Japan’s almighty yakuza finally enters the stage. It seems that the yakuza set up some clever insurance fraud system. However, sometimes there is a yakuza deliberately violating yakuza rules who is consequently thrown out – only to develop his own scheme of money making. After some rather successful years he learns about failure which ends in murder, another murder…

Reiko’s role is difficult because she is a woman in a men’s world and she thinks her own way. She sometimes has this damn gut feeling and risks her career to follow a lead without approval of the „bosses”. Of course she’s lucky… Sometimes you even get the impression that against all odds her male colleagues respect her.

Of course there are also male colleagues who think she is an attractive woman and like to go after her – without success so far.

Reiko and men… Reiko’s family hovers through all the novels. Reiko is the eldest daughter and has got a younger sister who is married with children. Reiko is 29, not married and very near the sell-by-date. Obviously each respectable woman should be married before reaching 30 – that’s the credo of Reiko’s mother struggling desparately to arrange rendezvous with respectable future son-in-laws. Reiko is desparate because – of course – she lives at home and is confronted with her social misery each day. Therefore she is always happy when she has to tackle a big murder case with overtime so that she can sleep over at a hotel near the HQ. (She lives at home, has no car – so she can burn money for these special pleasures (By the way: Japanese detectives ride the metro or trains or take taxis when working…)).

Is Reiko a modern Japanese feminist, a fighter for women’s rights? I don’t think so. She likes her job and she reaches for the sky. Although she isn’t so back-stabbing like her male colleagues with respect to the career thing she tries very hard to make the best of her approaches and results in investigations. Would she like to get married? Yes, but… she will – certainly – never quit her job for the sake of family life.

Let’s mention – last but nor least – the Japanese flair of the novels. The secret, hidden depths of the Japanese society are one of the success factors for this series: it’s somehow new, unfamiliar… and always interesting. (From my point of view – I, Marlowe – can only state that the “mystical Japan” is always an invaluable asset in any novel.)

The novels not only describe the scenes through the eyes of Reiko, but there are also snippets and short chapters all over the novels told by the murderer or his/her accomplices – sometimes diving into the past: it’s like sitting on both sides of the table.

What else?
The novels are a big success in Japan and were made into TV movies (not available here and now).