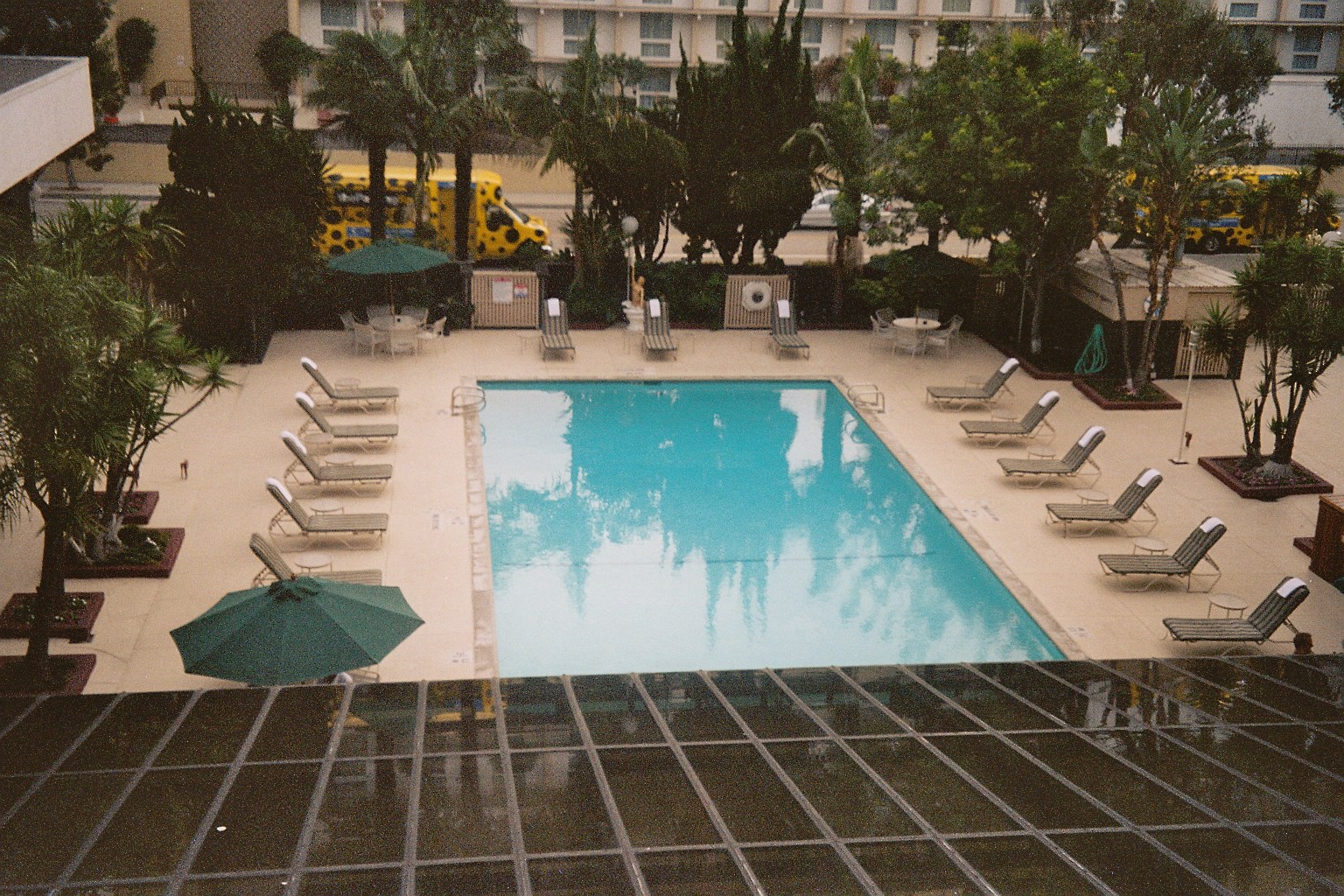 If you didn’t look at her face she was less than thirty, quick-bodied and slim as a girl. Her clothing drew attention to the fact: a tailored sharkskin suit and high heels that tensed her nylon-shadowed calves. But there was a pull of worry around her eyes and drawing at her mouth. The eyes were deep blue, with a sort of double vision. They saw you clearly, took you in completely, and at the same time looked beyond you. They had years to look back on, and more things to see in the years than a girl’s eyes had. About thirty-five, I thought, and still in the running.
She stood in the doorway without speaking long enough for me to think those things. Her teeth were nibbling the inside of her upper lip, and both of her hands were clutching her black suede bag at the level of her waist. I let the silence stretch out.   …
“Mr. Archer?” she said at last.
“Yes. Will you come in.”
“Thank you. Forgive me for hanging back. It must make you feel like a dentist.”
“Everybody hates detectives and dentists. We hate them back.”
“Not really? Actually, I’ve never been to a dentist.” She smiled as if to illustrate the point, and gave me her hand in a free gesture. It was hard and brown. “Or a detective.”   …
“Look,” I said. “I am rhinoceros-skinned and iron-hearted. I’ve been doing divorce in L.A. for ten years. If you can tell me anything I haven’t heard, I’ll donate a week’s winnings at Santa Anita to any worthy charity.”   …
She answered after a pause: “Yes. I had a shock yesterday.” She looked close into my face, and then beyond. Her eyes were as deep as the sea beyond Catalina. “Someone is trying to destroy me.”

from „The Drowning Pool”

Lew Archer is a private investigator in Los Angeles. He is active in the 50s up to the 70s of the last century – and he is alone. Sometimes you read about an ex-wife (as far as I remember), but there are no women in his life. I cannot remember having ever heard about any family … To be honest there seems to be nobody in his life: he ist devoted to his clients and his cases.

If anybody may be called “a true Marlowe”, one of these private eyes that seem to be shaped after Raymond Chandler’s iconic Marlowe it’s Ross Macdonald’s Lew Archer.

I, Marlowe, like to emphasize that Archer isn’t a tragic and unhappy person. Maybe we should give credit to the fact that back then it wasn’t common understanding to tell the story of the detective (or whoever) in parallel to the story of the murder. So Lew Archer remains a dark horse – more or less. Otherwise the case always rules the novel and Archer is assigned to the case resp. usually to some fresh minor incident, starts investigating and rakes up lots of secrets and crimes of the past. You may be sure that any knot will be untied and that Archer will record it.

The general premise in all the novels, which – by the way – are very intriguing even today, is that there is no unfinished business. Never. Even if decades passed by out of the blue someone of the past shows up, something happens – and all the mess reappears and is revealed. Of course also corpses start appearing.

All happens somewhere in the setting of an eternal LA and a sweet Southern California, a setting full of light and sunshine where nobody suspects crime and murder. Archer cruises LA’s avenues and follows leads into the small cities all along the coast. His clients live their comfortable lives in beautiful villas – normally, but Archer often needs to take deep dives into the other side of society.

If hadn’t got it until now – Archer is dealing with family business which turns out no less intimidating and dangerous than walking among criminals, violent criminals knowing prisons intimately. Archer’s cases show that crime is everywhere and that even well-to-do families have their skeletons in their closets.

Without going into details of the whole oeuvre I like to ask you to just start reading a novel and get thrilled by the entangled plots and the matter-of-fact style it is written in. (There are some movies, but I never thought that they could outclass the novels.)