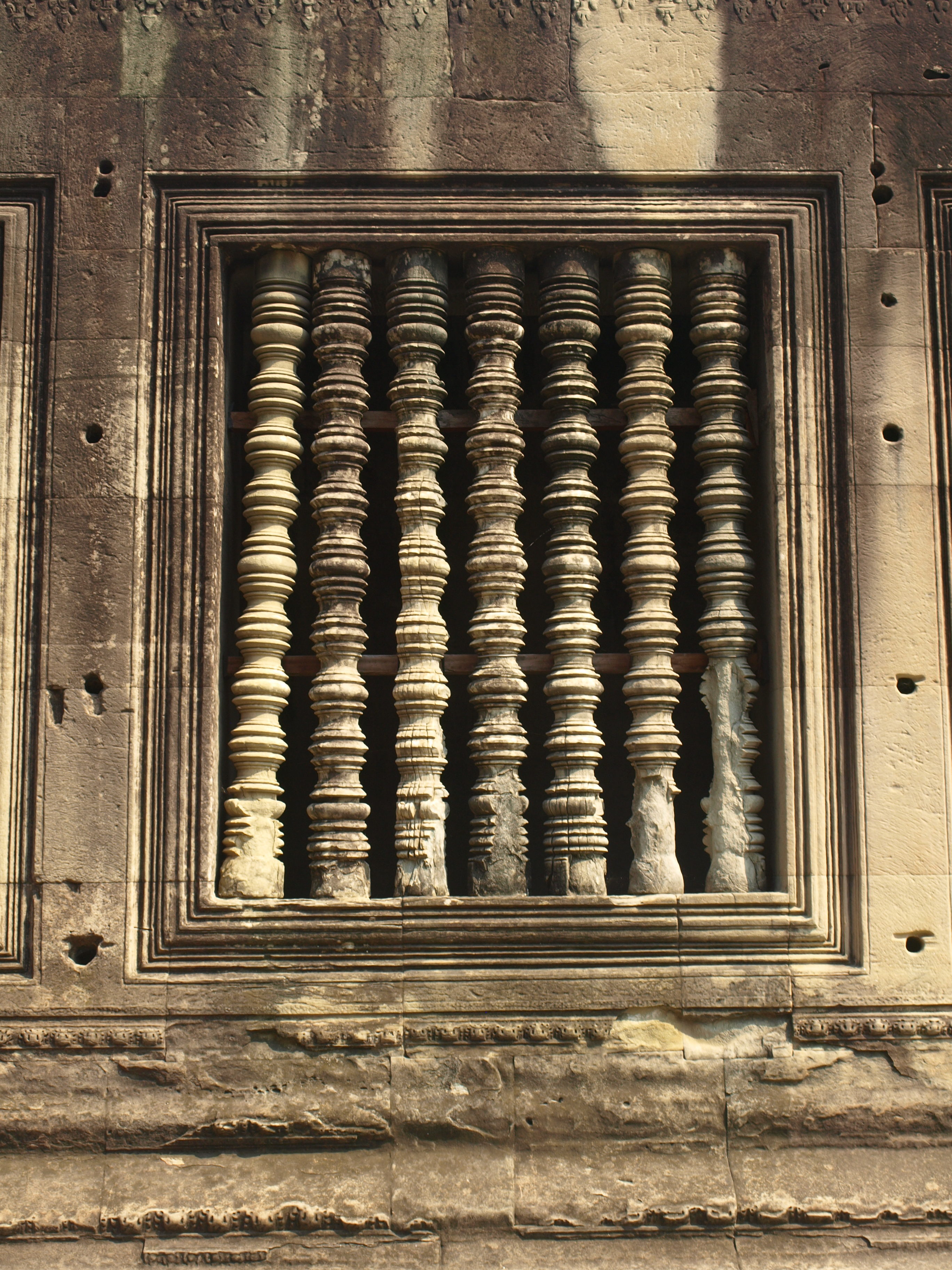 „During his stay in Paris decades before, he’d taken delight in the weekly serializations of one Monsieur Sim in the L’Oeuvre newspaper. They followed the investigations of an inspector of the Paris police force who was able to solve the most complicated of mysteries with the aid of nothing more lethal than a pipe of tobacco.
By the time he got to Vietnam, Siri was more than pleased to learn that Monsieur Sim had restored his name to its full Simenon, and that Inspector Maigret mysteries were now appearing as books. The French in Saigon had shelves of them, and a number found their way north to be read by those communist cadres who’d spent their formative years in France.
Siri had been able to solve most of the mysteries long before the detective had a handle on them – and he didn’t even smoke. Now, below the swaying boughs of the samsa tree, he felt a distinct merging. The coroner and the detective were blending. He liked the way it felt. For a man in his seventies, any stimulation, should it be kind enough to offer itself, had to be grasped in both hands.”

from „The Coroner’s Lunch”

The One and Only National Coroner of Laos

Remember the war in Vietnam? This war having spread out all over Cambodia, Laos…? In 1975 the war was over – officially – because the US army retreated from the region. Anyhow afterwards there were some revolutions: in Laos the communist Pathet Lao took over government and declared the Lao People’s Democratic Republic. As a result people fled the country especially people with educated background.

I, Marlowe, like to emphasize that Siri is a fictional character, but his life and work is deeply interwoven with Laos’ revolution and Laos’ communist approach. Although there wasn’t any Khmer Rouge Pol Pot character in Laos no revolution is ever peaceful and the fallout raining on the people is always critical. So even if Laos tried to become a communist prig crime didn’t stop or sleep. So alongside to political and military driven acts of violence crime is all over the place and a coroner like Siri has got his hands full.

After having finished school in Laos Siri found a French sponsor allowing him to go to France during the 20s to complete school and later on read medicine. All was fine and Siri made real progress until he met Boua his future wife who learned to become a nurse, but wanted to overthrow the then Royal Regime in Laos. Boua born into a blue-blooded Royalist family in Laos was a communist and so Siri became a communist, too. He finished his studies and returned to Laos in 1939 together with Boua and her dreams of a revolution. From then on they lived in the underground aka jungle of Laos and Vietnam together with their comrades. Siri became a renowned doctor in the Pathet Lao and saved the live of many a communist cadre.

In 1975 aka end of war and victory of revolution Siri has approached his 70s and feels ready to retire, however, Laos needs a coroner because the former coroner has fled the country. The party doesn’t hesitate and appoints Siri. What an honor!

Siri inherits actually a team: Dtui (female and nurse) and Geung (male with Down’s syndrome) who managed the pathology and forensic department aka morgue until now. Compared to Siri they have a store of knowledge. Siri adjusts to his destiny – once more – and starts enjoying playing detective. (You may have guessed that Siri never was a 150% communist – he became only a communist out of loving Boua. Therefore he often was querulant and cut his own path… nevertheless he was an exceptionally gifted surgeon able to work everywhere with almost no appropriate tool set – as rough as imaginable making him an appreciated member of the party.)

His boss is Judge Haeng, a communist fast climber, young, a theorist… Always there are small infightings from which Siri comes off as winner – of course. However, Judge Haeng is wicked and scheming. Once he gets Geung displaced and abandoned deep in the North because he wants to get rid of him because of his Down’s Sydrome. (Geung is rescued resp. rescues himself.) More than once he wants to plant political misdemeanors on Siri’s back, however, without any success.

Otherwise there is Phosy a police officer climbing slowly the ranks who cooperates with Siri and is convinced of law and order in Laos in a communist society. Above this he is deeply in love with Dtui who becomes his wife later in the series.

From his days in the communist army and party Siri’s best friend Civilai is always of enormous help. Like Siri Civilai is critical when observing the party and its intentions. Nevertheless comrade Civilai is a member of the politburo where he developed his share on adventurous plans for the party – sometimes far too adventurous, but he is a respected veteran and fighter for the communist cause. Now both live somehow on their reserved property and somehow untouchable.

Last but not least there is Daeng, a formidable woman, who becomes Siri’s wife later in the series. (His Boua died in the 60s.) During the last novels Siri and Dang always set out together to solve the crime.

Which crimes?
It is everything in the store from murder to kidnapping. Crimes in a communist country don’t differ from crimes in capitalist countries. What has to be taken into account are the possibilities to solve the crimes. Laos in the 70s is a poor country devastated by the war and depopulated. There is almost no infrastructure, if roads, if trains, if telecommunications… Solving crimes is really hard. Just imagine how to detect some poison in a dead body without any analysis kit, but a used educational chemistry set.

Coming back to the crimes there husbands murdering their wifes, agents from neighbouring communist countries who know too much, mummified body parts suddenly emerging out of the soil, documents with information written in invisible ink in the clothes of a run over victim, strangled young women and women stabbed to death, missing US pilots, more bones buried in shallow graves etc.

The crimes are trivial and tricky at the same time. Often there is much more crime and scheming behind a single corpse delivered to Siri’s morgue than obvious at first sight.

Siri succeeds always to top on the toes of his party member, other comrades, police, army… Each group has got its secrets and often isn’t interested in solving crimes especially if mainly collateral damages of any clandestine operations. And there is always Judge Haeng who wants to report an extremely low crime level in his statistics.

When thinking of the series as a whole I notice that during the years Siri’s story is much more interesting than the crimes around. A considerable part of each novel addresses Siri’s life and the file of his entourage some of it I mentioned earlier. For his efforts and successes Siri is rewarded with a house of his own – and slowly the house fills with extraordinary people, bizarre people, doomed people… Siri and his wife Daeng welcome all of them – if a lost Buddhist monk or a transvestite or whoever. All these people take part in Siri’s adventures and when reading a novel you are spellbound by this little universe.

The Laos communism as presented in the novels is a soft communism. All people accept that it is like it is. All try to live on and make their living better. All are… cheery, goodnatured, happy, humorous – except hard-boiled careerists of the communist system. All adventures of Siri & co. as cruel as they are sometimes are told in a style that we smile from the very beginning… even if Siri is kidnapped during an official visit to Cambodia and imprisoned in a torture den.

Especially the meetings resp. lunch breaks shared by Siri and Civilai are a pleasure to read. The hints of sarcasm and the subtle irony developed during decades when they were underground fighting the capitalism as well as the communist purity and narrow-mindedness make the pair special. The author is a master in telling stories with a smirk in a sleek humorous language.

…and there is the supernaturalness. Siri has his visions, his daydreams, his nightmares… Often dead people pay him a visit. In most cases this helps to solve the crime. Sometimes I think it’s due to the Southeast Asian lifestyle and religions and their spiritual past with lots of gods and demons that Siri thinks he is part of this world. You may like it or not: it’s part of the story and it fits.

Is it worthwhile to read about Siri’s adventures? I think so. It’s the mix of often desolate reality with crime and people making the best of everything.