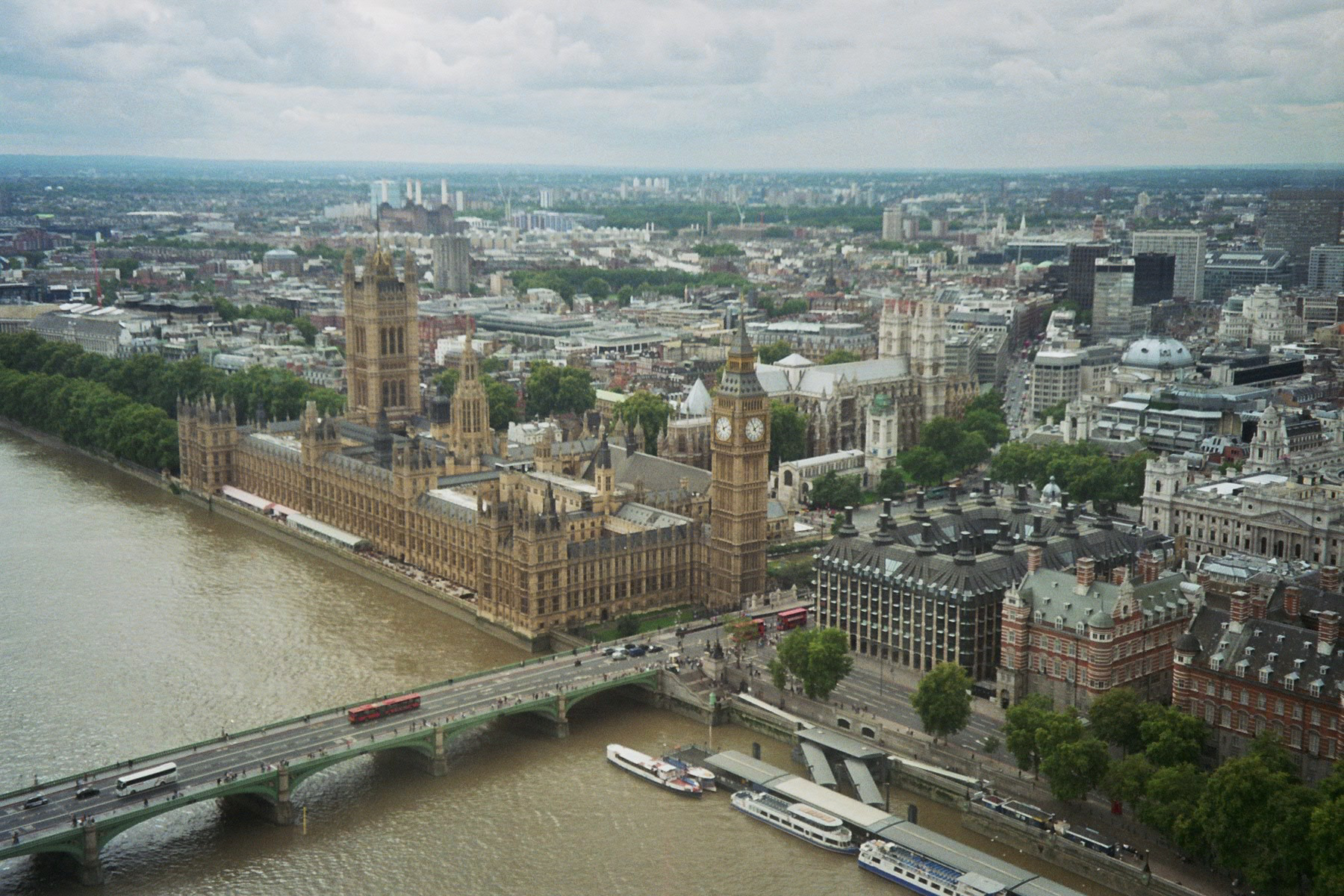 „Lynley! It was only too obvious why they’d brought her back out of uniform. They wanted Lynley on the case. But they needed a woman as well. And every person in Victoria Street knew that there wasn’t a female in CID who was safe near Lynley. He’d slept his way through department and division, leaving a trail of the discarded behind him. He had the reputation of a racehorse put out to stud and, from all the tales told, the endurance as well.
…
In her five years of working in the same division with the man, she was certain he’d managed to avoid so much as saying her name, let alone having a single second’s foul contact with her. As if a grammar-school background and a working-class accent were social diseases that might infect him if he were not scrupulously careful to keep himself clear of them.”

from „A Great Deliverance“

What happens if you join together a hereditary earl and a working-class girl? A handsome man with lots of sex appeal and a girl unable to get a decent haircut let alone a decent woman’s suit… or a lover? A gentleman detective and a socially inept working-class offspring with poor education?

This is the basic mix for the series on DI Thomas Lynley (aka Tommy) and DS Barbara Havers (aka Barb). Both work for New Scotland Yard and set off to solve murder cases all over UK. All novels are classic whodunnits allowing yourself to be carried away in complex small worlds where murder strikes hard.

I, Marlowe, puzzled for some time on the time frame. The novels have been published within 30 years, however, Tommy and Barb didn’t age equivalently. Needless to mention. During the first novel Barb is 30 years old and Tommy seems about 35 years – so we’ve got about five years between them. Later on Barb is referenced as mid 30s meaning Tommy is about 40 years old… and they don’t seem to get much older. (Although Tommy uses reading glasses later!)

There are hints about actual events e. g. the Princess Di obsession of a secretary, but later on the secretary is obsessed with whatever. So this series lives from the phenomenon that both protagonists never grew (really) old, but any technological, political, social development so far is present.

Let’s summarize:
Each novel is up to date with today’s life and events and technical/social developments while the New Scotland Yard duo remains somewhere in their 30s resp. 40s.

Class-struggle?
Barb is a true working-class girl full of contempt and disrespect of the upper class. She is always suspicious of any motives of rich people involved in murder cases and rushes to judgements. Sometimes her gut feeling is fine, however, sometimes it ends bad.

Because of her impulsivity she risks her job more than once and gets downgraded to PC (Police Constable) again. An act of punishment she cannot stomach easily.

On the other hand Tommy sticks by her and tries to protect her. He realized rather soon that Barb has some qualities and some character features that he is not provided with. When Barb is ruthless and rants and raves about the rich and their privileges Tommy just raises his eyebrow. Barb is not popular with her colleagues or a favorite candidate for the superiors for any career – and she spits on it. Ok – her life is rather complicated because of this behaviour.

Tommy on the other hand is the 8th Earl of Atherton and owner of a large estate in Cornwall, an impressive house in London, servants… and enough money to live a leisure life – if… if he isn’t convinced to have to work for the benefits of the society. Therefore he joined New Scotland Yard. (Of course Barb assumes that he – from the very beginning – is aiming for a career and will become Commissioner later in life.) …and – by the way – he is quite good at his job.

Tommy has a troubled background. His father died, his mother has a lover he doesn’t like. His brother is a junkie, his sister is… whatever. When in his 20s he caused a car crash when drunken behind the wheel where his best friend got badly hurt and stayed handicapped until today. Even now he is very upset about this event.

He marries a blue-blooded lady, however, the marriage seems not so happy as planned. His wife gets pregnant, but she is killed by a kid just for fun. Tommy is desperate since then and leaves the police service for months. However, murder comes along and pulls him back into real life. There are women in his life, but it seems a little hopeless – maybe the next novels will clarify the situation.

Barb had a mentally retarded brother who needed a lot of attention from her parents. This destroyed the family somehow and slowly. Finally only Barb’s mother is alive who starts having Alzheimer’s resp. dementia. Finally she isn’t even able to recognize her daughter. Barb struggled a long time until she decided to put her mother in a nursing home. Barb has to bear her cross. Together with her social problems the main point is that she never had a friend, a lover… She lives for her work and is obsessed with solving murder cases and establish law and order – make justice take its course.

So there are now two people who want to serve the society resp. the community by solving murder cases and bringing the offenders to court.

Overall there are 20 cases for the two of them until now. Some in London, but mostly it’s somewhere in England or even Scotland. Each time both plunge into a small world – and this world is described in detail. There are people murdering and slaughtering and raping and stealing and cheating… and there are people just acting for their own benefit and safety, people suffering, people lying, people just moving on. Everyone has his/her own motivation how to act, everyone has his/her own history. A good many times the catalyst for murder is buried in the past.

The small worlds Tommy and Barb are immersed in are visualized with a lot of effort and love of detail; many people are introduced to outline the inner rules of behaviour and the mindsets controlling the game. Therefore the novels are always rather substantial volumes.

Let’s take a look at the police organization: there is an upper class of police officers i. e. some sort of establishment aka “the brass“. Tommy reports to a Superintendent; there is also the Assistant Commissioner… hovering above all far away from daily business, but deep in politics. This is the level where people are dreaming of minor peerage. During the times there are changes on this level. It is remarkable that in the later novels Tommy – always almost untouchable – risks a toxic affair with his Superintendent (female – of course).

There are the ubiquitous secretaries – all of them like Tommy (at least I cannot remember anything else)!

There are the co-workers on Barb’s level of hierarchy where Barb isn’t so popular – in general. They are more successful pursuing their careers. Barb doesn’t care.

Last, but not least there is Simon St James, Tommy’s buddy from university who was badly injured in the infamous car accident. Simon and Tommy are friends for life. Simon becomes an independent forensic expert working for New Scotland Yard and solving murder cases side by side with Tommy.

Enough! I don’t want to get into details about Lady Helen, Tommys wife, or Deborah, Simon’s wife, or any of the women around Tommy as well as Barb’s relationship (not sexual!) with her neighbor… The entourage of Tommy and Barb is interesting and important for a lot of murder cases, however, a scrupulous description will go beyond the scope of this post.

Until now I didn’t write about the cases except that they are all classic whodunnits. Tommy and Barb find themselves on grand estates, in university circles, in remote villages – even once in Tommy’s stately home. (Have in mind that the 4th novel is chronologically the 1st one of the series!)

So make yourself comfortable, take care that nobody will interfere and indulge in Tommy’s and Barb’s adventures! Enjoy yourself immersed in one of the about 600 pages about crime and life and people… Relax.

…at the end:
There is also a successful TV series on the adventures of Lynley and Havers. As far as I know the series is finalized i. e. no more seasons under progress.