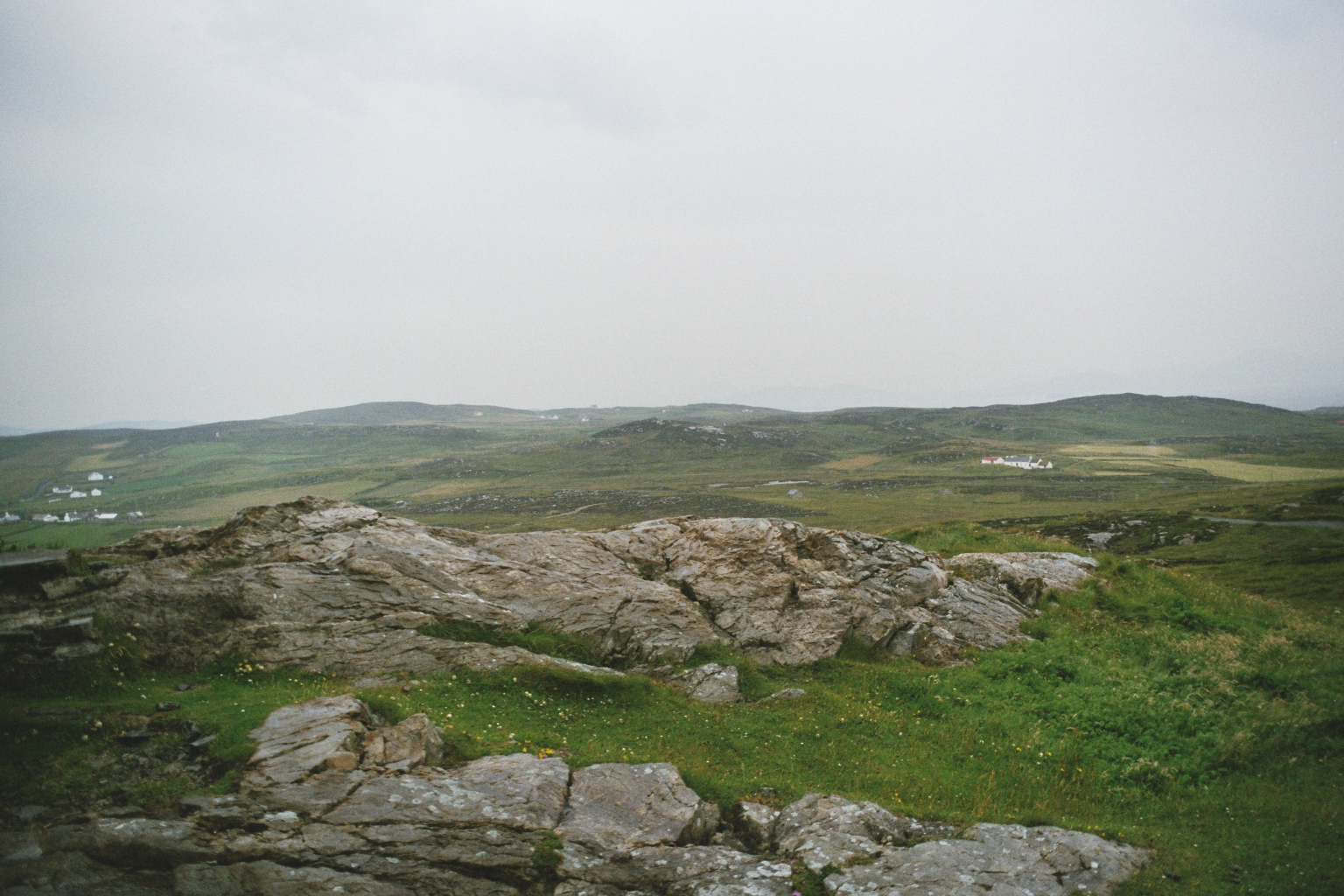 „I tried but McArthur was a salesman who couldn’t leave your door until he’d finished his spiel: «I know what you all think in CID. Sean Duffy collars the villains and Chief Inspector McArthur takes the credit if there is any credit.»
«That’s not what we think at all, sir!»
«Well, it won’t be me for much longer. I’ll be gone. And I’m sorry to say that I’ve been told that they are not going to promote you into my place even though you have effective seniority. They will never promote you, Sean. You know that, don’t you? I’ve seen your confidential HR file. It actually says that on it. ’Not to be given additional responsibility’.»
«I was told that by someone else who’d seen it.»
«Red lines all over it. You have some powerful enemies and I suppose some powerful friends too for them not to have tried to boot you out before now.»
McArthur wasn’t to know that all my powerful friends had been killed in a helicopter crash on the Mull of Kintyre two years earlier. Now I only had powerful enemies.”

from „Police at the Station and They Don’t look Friendly”

Each morning when leaving his house in Carrickfergus, Northern Ireland, Sean Duffy looks under his car for any bombs. It is well known that the IRA likes to plant some mercury controlled detonator together with some Semtex or C4 to blow up any policeman – and they are successful… sometimes. Sean Duffy works in the RUC (aka Royal Ulster Constabulary), the police force with the highest mortality rate in the Western world. Furthermore we are back in the 80s when the Troubles (aka the riots resp. the unofficial civil war) in Northern Ireland were uncontrollable and had reached an all-time high in death toll on all parties and collateral damages.

I, Marlowe, was shocked when confronted with the brutality that became day-to-day routine for all people living over there while reading about Sean Duffy’s investigations. My very own research in Wikipedia got myself up to speed: from 1969-1998 there had been about 3,500 death casualties and about 40,000 injured. So about 120 people died on average per year! About 10,000 bomb blasts were recorded. …and Northern Ireland had only 1.6 m inhabitants. After having inhaled these figures I did not think any longer that the novels overacted concerning the victims and the bloodshed.

Sean Duffy is Catholic and he works in the RUC, an almost 100% Protestant police force. It is not easy. When studying psychology at Queen’s university Belfast he quit university and joined the police after a bomb detonated in a student pub transforming it into a slaughterhouse. Lucky Sean was not in the pub, but waiting outside for a girlfriend. It was never clarified who had planted the bomb or if the bomb had detonated accidentally too early. Two years before was the Bloody Sunday making Sean think about joining the IRA – only for about 24 h.

He bought a council house in Carrickfergus in the sprawl of Greater Belfast – almost city, almost countryside – and lives in Coronation Road among Protestants. (Attention: it is not Coronation Street (aka the notorious TV series acting since 1960!)) It is some sort of statement. Sean gets on with everybody and it works; slowly he is accepted – and later he can even count on his neighbors when a paramilitary command attacks him. Nevertheless it is not easy.

RUC Carrickfergus is his base camp. Sean Duffy born 1950 starts working as a detective sergeant in this RUC post in 1982. He is forwarded to detective inspector – only to be downgraded to a police constable wearing uniform again rather soon. Okay – he gets his DI back, but afterwards he remains DI (see quotation). His career is a minefield. Sean has got determined to unveil the last shadow of doubt during each investigation – always. He is ruthless when investigating and likes to tread on anybodies toes, to piss anybody off to no end especially when dealing with high influential people – if inside police force or politics or business… This behavior pays back. It is not easy.

The RUC is an island on itself amidst the Catholic IRA and its various offsprings and the Protestant paramilitaries with also a whole bunch of local subunits. Both organisation have their territories where they extort protection money to make a living from (and do whatever they like!). Northern Irish people – the ordinary ones – behave like see nothing, hear nothing, say nothing. The RUC is attacked by Catholics and Protestants as well and nobody cares or tries to help the police.

IRA and Protestant paramilitaries make their own judgements resulting in vanishing people, killed people, skeletons found somewhere buried in a shallow grave years later, kneecapped people etc. Sean resp. the RUC know about it, but cannot do anything because nobody talks and there is no forensic evidence. It is not easy. All these cases are closed although formally open, but inactive. It is damn frustrating for an assiduous detective like Sean.

Hovering above all these local organizations are MI5 and MI6… (There is also the British army on the ground, but I cannot remember them playing a major role.) Sean and MI5 have a love affair, a short and dramatic love affair. MI5 wants to recruit Sean, but Sean prefers to stay with the RUC. Only once he became a traitor…

Sean’s investigation are not only flanked by the omnipresent outfall of the Troubles. He experiences also some of the main events – well: let us just call it events! – of this decade: the massive prison break of IRA fighters, the assassination attempt of Margaret Thatcher in Brighton, the MI5 helicopter crash at the Mull of Kintyre… where he plays a role. All the time RUC, MI5, IRA and Protestant paramilitaries are mixed up in creating operations and chaos. Sometimes even the CIA likes to mingle in. Sean is always on the bottom of the mess.

A main provocation is the presence of moles. None of these groups and organizations may survive and flourish without any moles here and there. So there is a permanent competition to keep their own moles outside safe and uncover the enemies’ moles inside. Sean steps more than once involuntarily onto these scenes and has to pay the toll. It is not easy.

In general when reviewing the cases I can assure you that each case is solved. However, even if Sean reveals the truth it does not mean that all offenders are convicted and imprisoned. Sometimes organizations take the law in their own hands, sometimes the offenders are killed in action, sometimes the offenders just walk out of the interrogation room because of higher national interests. As I said: it is damn frustrating for Sean. Beyond that even Sean is not totally free from any breaches of the law saving him his life and career, however, who lives in a glass house…

Sean is a lone wolf although he accepts a small team later on. The team consist of a DS – older and experienced – and a DC – young and fresh who replaces a colleague that has been blown up. They co-operate fine although also here Catholic meets Protestant. The team finally learnt how to proceed carefully because nobody knows where and when the enemy is just around the corner or even in the office next to theirs.

Sean’s life is not easy and he needs help. He is a heavy smoker and a heavy drinker and a friend of social drugs like pot and coke – sometimes. Alcohol is everywhere if in the police office, if in the office of a superior, if at the pub with colleagues for lunch, if at any parties. The bad impact on Sean’s life increases during the years – finally he tries to control it. One reason is that the results of police health inspection are alarming – he is not really distressed about it. More important is that Sean lives together with a girlfriend – finally – and they have a little daughter. He even has got a cat.

After some years of witnessing the fall-out of the Troubles, accumulating more and more frustration when dealing with investigations, having been badly hurt more than once, having made powerful enemies and having its own small family now Sean decides to resign as detective and become member of the part-time reserve as well as moving with his family to Scotland. It helps that he and his team solved a tricky case with impact to the high ranks of RUC and IRA which of course never made it to the tabloids in full truth.

All these stories and events, the RUC at its limit and the often miserable private life is told by Sean himself. The view on Northern Ireland and the Troubles are Sean’s specific view. Maybe this is another reason to read the novels one after the other: it is comprehensive, but private and only a horrible cutout of a single person – an optimistic person in spite of all the mischief.

…at the end:
I do not think that Sean’s era is over even if no longer a detective. The role as part-time reserve member will surely deliver enough potential for tricky and dangerous new cases.