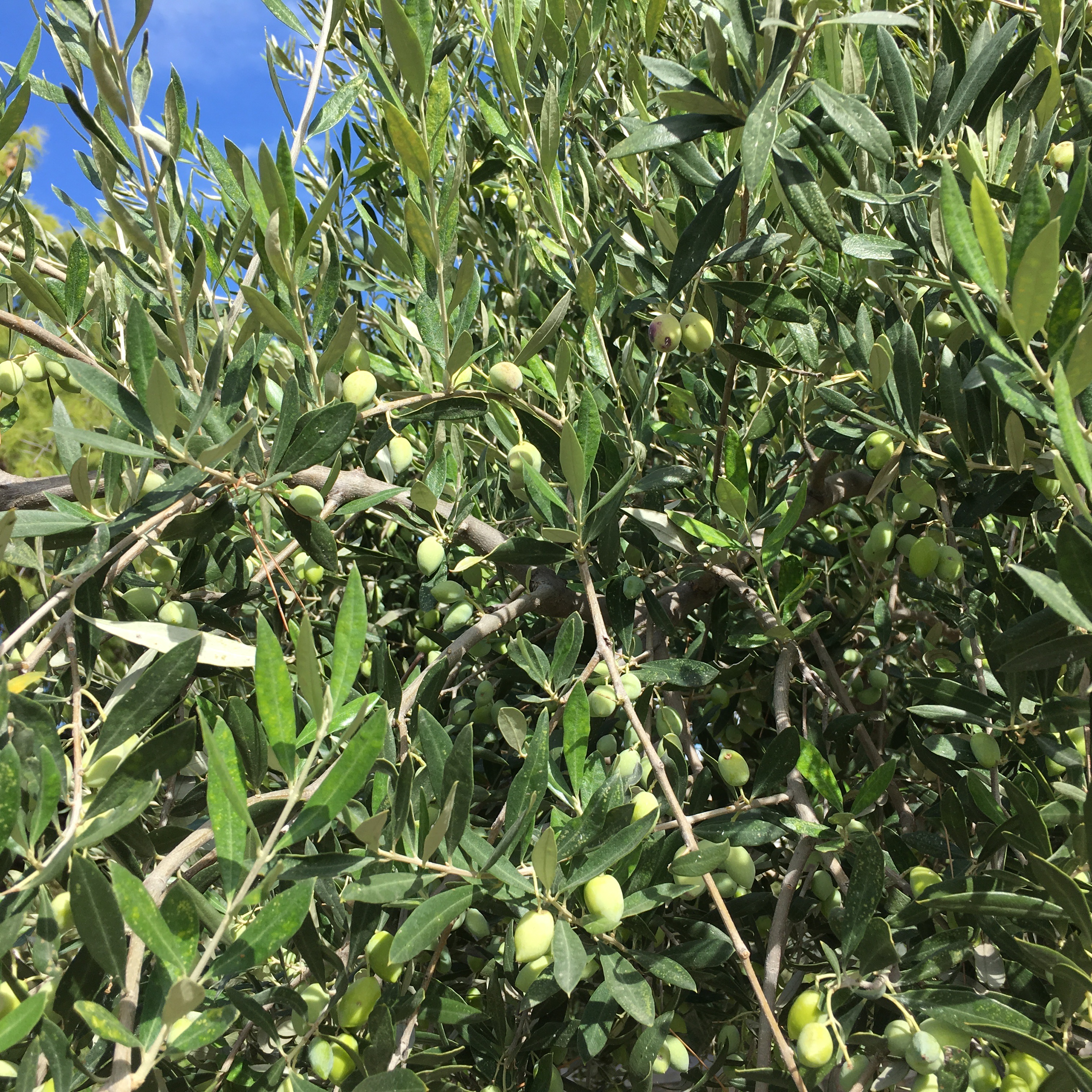 About the Management of Crises in Provence

„He was a captain in a special unit of the Paris gendarmerie, in his early forties, with pale blue eyes, and he wore a black T-shirt, jeans, and shabby sneakers. He was an expert detective who had solved so many cases it seemed almost supernatural to his colleges. He lived in an apartment high above the sixteenth arrondissement, and was married to a wonderful woman. Or had been. Until 11:30 A.M. last Friday. Now it was 9:00 on Monday morning and his career was in the trash can. There were already photos of his apartment in the real estate agent’s window and his wife was in the arms of her lover.  …
At 11:30 A.M. on Friday he had been called in to the gendarmerie headquarters, a bland new functional building in the rue Claude Bernard in Issy-les-Moulineaux, outside Paris’s Périphérique inner ring road. Monsieur Jean-Charles Vialaron-Allègre had summoned him – a graduate of the top civil service college, a member of parliament, a ministerial deputy in the ministry of the interior, and one of those men in the ruling party whose insatiable ambition would only be satisfied when he moved into the Èlisèe presidential palace.  …
Blanc stood in Vialaron-Allègre’s office, swaying with fatigue. He hadn’t had a day off in two months, and the few hours of sleep he had managed had as often as not been at his desk in the gendarmerie station, with the rubber mouse mat in front of the monitor as a pillow. That was the price he had had to pay (the only price, he thought at the time) to convict a former trade minister before the man could get rid of all the incriminating documents. It had been an old story but it hadn’t exceeded the statute of limitations.  …
Blanc therefore had hopes he might be promoted; commandant of the gendarmerie, perhaps. At his age, that would be something.
«Congratulations,» said Vialaron-Allègre, «you’re moving on.» His voice sounded like chalk on a blackboard. …
«To the South.»
Blanc’s mind was reeling. The Midi. Mafia. The provinces. The asshole of the world. The graveyard of any career.”

Roger Blanc is in the midst of a crisis – one single crisis?
I’d say he’s in a job crisis, a family crisis, a relationship crisis and an existential crisis. He has made himself a powerful enemy and lost his family and friends – and he no longer lives in Paris, but somewhere in the south of France.

I, Marlowe, would like to remark that the novels cover the period from July to November resp. December. So just to make it clear that all previous cases (a total of 7!) have happened in about six to seven consecutive months. I think it will go on like this. (Addition:  Yes – it’s as fast-paced as before!) On 1 July, Captain Roger Blanc starts to be on duty in Provence; the cases currently last until November resp. December. A year is not specified, but current events and catastrophes such as the suicide flight of that Germanwings pilot are woven into the novels as background information.

Roger is a workaholic. He is obsessed with solving criminal cases and putting the culprits behind bars. As a corruption investigator, he needs a lot of patience and stamina; he works his way through mountains of files with meticulous care, immerses himself in bank documents, correspondence folders, analyses and collects evidence. He works and works … and his family gets lost. His two children have grown up, no longer live at home and don’t have too much left for their father, who in her childhood and adolescence usually was notably absent. His current attempts at rapprochement are awkward and crowned with little success – so far the family crisis.

Above all, he hasn’t noticed when busy in all his investigations that his wife has slowly disappeared and has already had a lover for a year. She spontaneously moves out of her apartment in Paris and moves in with her lover: divorce papers are sent out. Roger’s sudden transfer to Provence, which led to one last weekend of arguments in Paris, is probably the current trigger. Now everything in Paris is in ruins and the apartment is sold. The divorce takes place about three months later – so far the relationship crisis.

Roger, who comes from the north of France, has to settle in the south, in Provence. Fortunately, years ago he inherited an old, half-decayed oil mill from his uncle. He moves in – there is no alternative either – and decides to make the oil mill his new home. He renovates to the best of his ability and spends himself physically and probably also financially, but somehow he has to reduce his frustration and get rid of his excess energy. Provence, with its unfamiliar climate and its own way of life, the dilapidated oil mill that needs a new roof, his quarrelsome neighbours, but also the new friends from the surrounding area who supply him with wine and comfort food: Roger is confronted with the fact that he has to build up a new existence (à la “Go back to start, but don’t go by lot!”) and has to take care of things like a new kitchen (!) that didn’t matter to him before – so much for the existential crisis, because he still doesn’t know where to go – and that goes for his job too.

Roger meets a small gendarmerie station in Gadet, a small town near the Étang de Berre, where he is not exactly welcome. His boss, Commandante Nicolas Nkoulou, in his mid-thirties, is on his career path and not happy that he has to take care of Roger, who has fallen out of favour. The omnipotent Jean-Charles Vialaron-Allègre of the Ministry of the Interior (let’s just call him JCVA!) has pulled strings to move Roger off his investigation and sideline him in Provence. Nkoulou knows all about this and fears that it will harm his career, because he has to manage two demands: his current job, for whose duties he can actually use Roger, and JCVA, who will try to get rid of Roger for good. So he thinks about how he can get rid of Roger in order to get rid of the problem as soon as possible.

Roger, on the other hand, is aware that his career with the gendarmerie is over. Depending on good behavior he may be able to save his job and his income, but that’s all. Of course, he doesn’t like it, but first he bites his teeth into his new cases, so as not to think again and again about the negative consequences that have grown up from his job crisis or that can still come.

Roger soon notices that the clocks in Provence – even in the gendarmerie – go differently. His partner, Lieutenant Marius Tonon, is an alcoholic; no one wants to work with him because he “screwed up” years ago during a mission. The forensic doctor, Fontaine Thezan, is brilliant and smokes hash or marijuana or whatever. The computer specialist, Fabienne Souillard, is a lesbian and fights with the mayor for her local marriage. On the surface, the other colleagues are lazy and reserved – nobody wants to go down with him, because everyone agrees that this is exactly what will happen.

And that brings us back to JCVA. Roger has stepped on his or one of his friends’ toes in his role as corruption investigator. Roger has no evidence, but the lightning-fast reaction says it all. JCVA can destroy Roger, destroy his existence. Roger’s base in Paris has already been laid in ruins, his colleagues have withdrawn very quickly, his marriage no longer exists, he is in his early forties and has never done anything other than to investigate with the gendarmerie. What is to become of him? Gnashing his teeth, Roger blends in and tries to survive his job crisis.

… and then there’s Aveline! She enters his life and becomes his lover – just: wrong – he becomes her lover. She is in her late thirties, handsome, charming, intelligent: as an examining magistrate she is involved in all cases. BUT: she’s also married – to JCVA! Wow! Roger moves really on thin ice here. He’s crazy about Aveline and knows that it can cost him his head (once again) if JCVA finds out about it.

Here’s one of those places where I keep starting to ponder. What is Aveline up to? Is she the bored wife of a politician looking for variety? She lives in Provence, her husband in Paris: a weekend marriage. Has she fallen in love with Roger and doesn’t want to admit it? Does JCVA really know nothing about it? After all, Aveline is the ideal supervisor for JCVA to keep Roger in check.

First of all, life in Provence is exhausting for Roger. Rays of hope are his old oil mill, where he feels more and more comfortable. His neighbour Paulette helps him gladly and provides him with good food, company, evenings in the circle of her friends with a lot of wine … Yes: the good life in the South of France – a little bit of it also ends up with Roger.

Besides all the personal crises, of course we also have the criminal cases that escalate quickly and blow up the Provencal idyll. Whether right-wing extremists try to settle bills, whether corrupt mayors plan investments, whether the IS (yes: the IS – this notorious group of Islamic terrorists) tries to carry out an assassination attempt, whether suddenly old stories from the time of the RAF terrorism catch up with the activists of that time who were never caught: Roger is right in the middle of it and occasionally also becomes a victim of physical attacks. In addition, there are disappearances of paintings by Vincent van Gogh, environmental activists, drug smuggling… and again and again somewhere JCVA is in the background pulling the strings to prevent disaster from happening. It goes so far that crimes are deliberately concealed and perpetrators are not accused – for the good of the state or of JVCA and its friends.

It remains exciting. Nkoulou has a secret – a relationship with a young drug addict. Aveline has a secret – her love affair. Tonon has a secret – his alcohol addiction and an undercover operation. Roger sometimes despairs: he uncovers, he is active, hyperactive, becomes a workaholic again and again – and is always slowed down by JCVA.

How long will it last?

In the novels, Provence and its beauty and the famous savoir vivre brutally encounter today’s reality of crime and terror. Career addiction, greed for money, security are the driving forces behind crime and political and private influence. The jug goes to the well for so long … Roger would like to be the laughing third, but will he make it? After a few months, he begins to put dossiers back on the table … just like he did in Paris!

The series deserves a few more sequels to round off the fast-paced novels with its entanglements and abysses in politics and society. The novels that have been published in the meantime take up further topics: the activities of right-wing radicals, corruption in the police force … there is an undercover investigation in which Roger and Aveline get unintentionally involved. There is a long-overdue revenge for atrocities during WWII.

Roger’s making his home in Provence. There is a reunion with his daughter that is more harmonious than feared. A dog is added to Roger’s household. In general, the pace is accelerating … No rest for Roger! The relationship with Aveline is still complicated and seems to remain so.