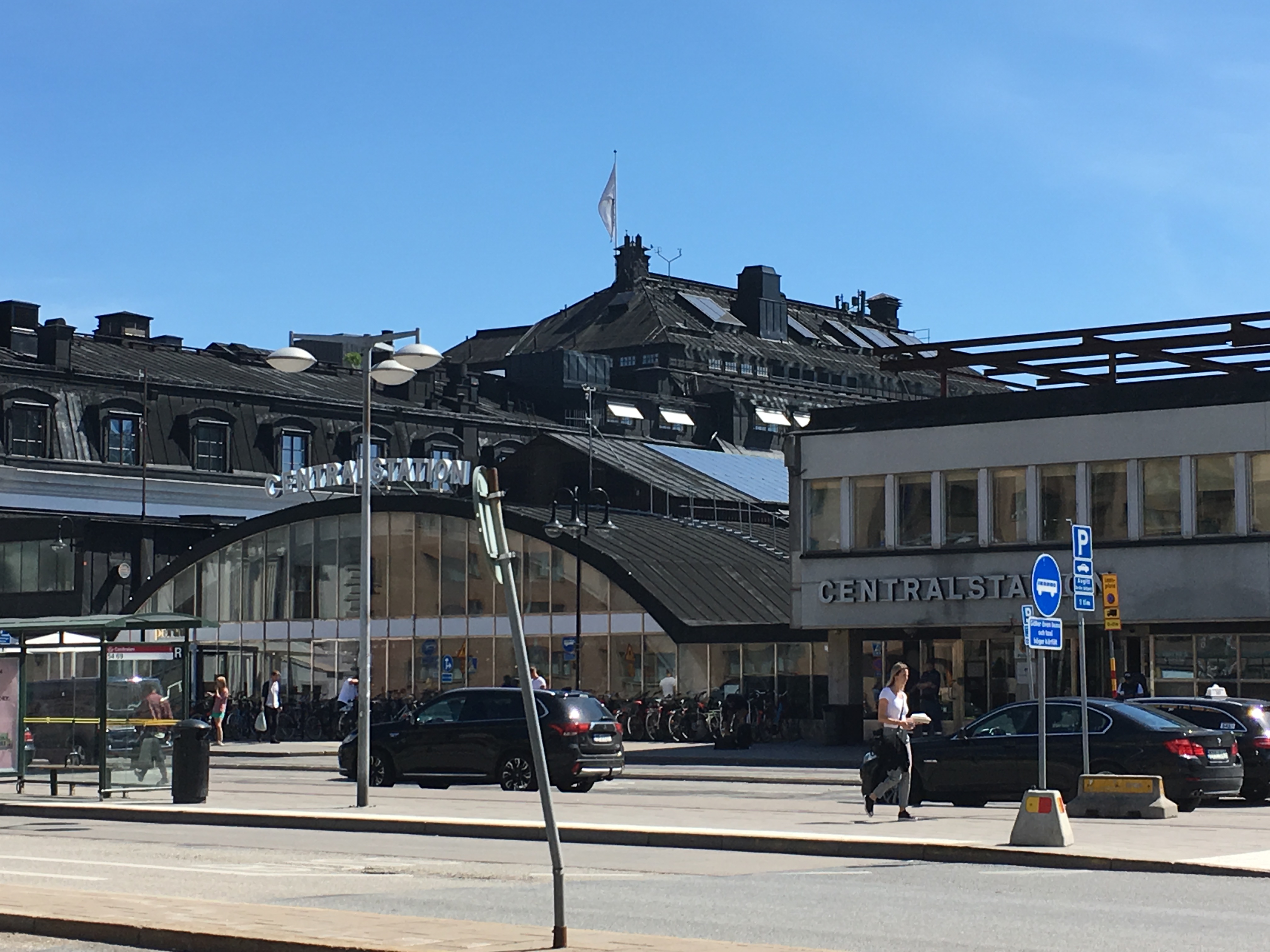 Thomas sat on the sofa in the living room with a glass of red wine in his hand (the right one, his only one) a few minutes before the interview started.  …
He took a large sip of wine, a Rioja from 2004, a fine vintage. He was the sort of person who appreciated things like that and, considering his employment situation, he was owed a rewarding the middle of the working week.  …
He stretched out on the sofa, more than happy to be on his own in the apartment. It was always wonderful when his fiancée was out at the estate and he had the overnight flat to himself.  …
“Annika Halenius, editor-in-chief of the Evening Post media group, welcome to the programme.”  …
The presenter crossed her legs and glanced down at her notes, then looked up at Annika again. (She hadn’t taken his name when they’d got married. Oh, no.)
“Today is a historic day,” the woman said. “Today sees the publication of the final print edition of the Evening Post, a newspaper for whose publication you’ve been legally responsible for four months. As I understand it, it’s been something of a turbulent time.”  …
“But doesn’t this mean the end of serious journalism, abandoning the print edition?”
He looked carefully at his ex-wife. He probably knew her better than anyone else did, and he could see that she was struggling to be polite. She really wasn’t suited to this sort of interview situation.
“We’ve decided to focus on the content, rather than allow ourselves to be limited by the format,” Annika said. “You don’t necessarily have to kill trees to do good journalism. Quite the contrary. Once a piece of news has been printed on paper and distributed to the reader, it’s no longer news.”  …
” … were sentenced to life imprisonment,” the interviewer was saying, as Thomas sat down on the sofa. “Does that feel like a victory?”
“Not at all. There are no winners here.”  …
“For me, personally, it was more important that the murder of Josefin Liljeberg was finally solved.”
“Why?”
“She deserved justice. I wrote about her during my first summer as a temp on the newspaper.”

from „The Final Word”

Living in the Fast Lane

At the end Annika Bengtzon has gotten everything.

She is still in her 30s, her breathtaking stories paved the reckless way for her career from the humble beginning up to the top of media publishing. During this period she managed to survive print journalism, open plan offices and hectic internet news business until the new online journalism gained ground. She also survived some enquiries for top stories which put her in danger as well as she put in danger some reluctant witnesses resp. innocent bystanders; not all her activities turned out all right for them – people died.

Annika was happily married with two children until her marriage became a precarious situation leading to losing their comfortable style of living and her husband who turned malicious toward her and almost everybody until he found … some sort of new life. Finally she even managed to beat her very own demons haunting her since teenage years and her first love and doom, when she had to kill in self-defence.

Finally she’s remarried again, a partner with children, piquantly the boss of her ex-husband. So now she’s living in a patchwork family with four children, soon five, because she’s pregnant once more, resp. six because she’ll on the way adopting her niece. Her niece – unfortunately her sister and partner became collateral damage when Annika tried to unravel a murder and missing people mess.

In a nutshell Annika Bengtzon was always present, always hunting stories, always deeply involved in the victim’s destiny – her private life came second. Instead of stumbling, making false steps, getting depressed and getting lost in alcohol (or whatever else) she simply accelerated to cross the finishing line.

I, Marlowe, like to mention three points. At first, this series is a Scandinavian crime series from Sweden, the home of modern crime fiction, however, it isn’t one of the dark, soul-destroying Scandinavian series which made this genre so popular.
Next … the story of the eleven novels spans about five years according to the aging of Annikas children. However, this period covers the development of about almost twenty years concerning the evolution of digital media, communications etc. (so far – according to the author there won’t be any more novels!).
Finally: during the TV series Annika always shoulders a big bag, almost a travel bag, which is referred to in the novels as ugly and hideous – I always asked myself what’s inside … Usually Annika only uses her phone, some small notepad and a slim notebook – nothing which justifies such a big bag.

Annika Bengtzon is always hunting for the front page. This front page may be captured by a story about endless rainy weeks in summer, Swedish royalty’s latest lapses, sports, cat fights among media celebrities – even babies with two heads. All these fade away when Annika starts investigating a crime story, a murder, a terrorist attack. Her profession is the dark side of life; not only sex sells, murder sells as well.

I don’t think it’s worth mentioning that Annika is dedicated far beyond her nine-to-five working day. If something sinister happens Annika slings her bag over her shoulder and starts. Fortunately she’s got a husband who cares for the children, for the household although he also has a job. It doesn’t matter if the family is on the verge of a weekend with parents resp. in-laws or of the summer holidays. Annika always priorities. (No wonder that the marriage finally collapse – well, there is some more to it.)

Does this ring a bell? Annika lives like a typical male character. Compared with other crime series it’s always a man having got the lead, most of the time a police officer. He is devoted to his job and works relentlessly until the case is in the bag. Meanwhile his wife is freaking out, getting bored with the marriage and the marriage ends. Meanwhile his children grow away from him and start their own lives without noticing that their dad is still cruising. Meanwhile he starts drinking too much alcohol …

Annika doesn’t fit in the male prototype at the end: she starts a new life with a patchwork family. So we learn that female workaholics don’t seem to be doomed to lose at the end.

During the series Annika writes about anything in crime: especially murder victims. Annika always gets involved with the victims and wants revenge i. e. justice for them even if the cases seem hopeless. She even dives into strange, risky worlds when going undercover for information hunting.

You can be sure that all newsworthy types of crime are somehow covered by Annika.

There is a terrorist attack (first impression!) which leads to a traumatic experience for Annika. She digs and digs in another case until terror cells from the past are stirred up. … and finally there is one of the notorious serial killers working since … until Annika jumps to conclusions. Miscarriage of justice happens now and then.

Apart from this there is a money laundering business which takes its toll from the acting people. Of course there are also people traffickers busy. Leaves me to mention a hostage-taking where Annika’s husband is involved. Often the crime goes political, even on international level. So Annika also has to come to terms with a hit man at the cost of home and family.

The stories are fast-paced and thrilling. It’s some sort of chronicle about modern life, modern families, modern job management and modern crimes incorporating the rotten fruit of globalization.