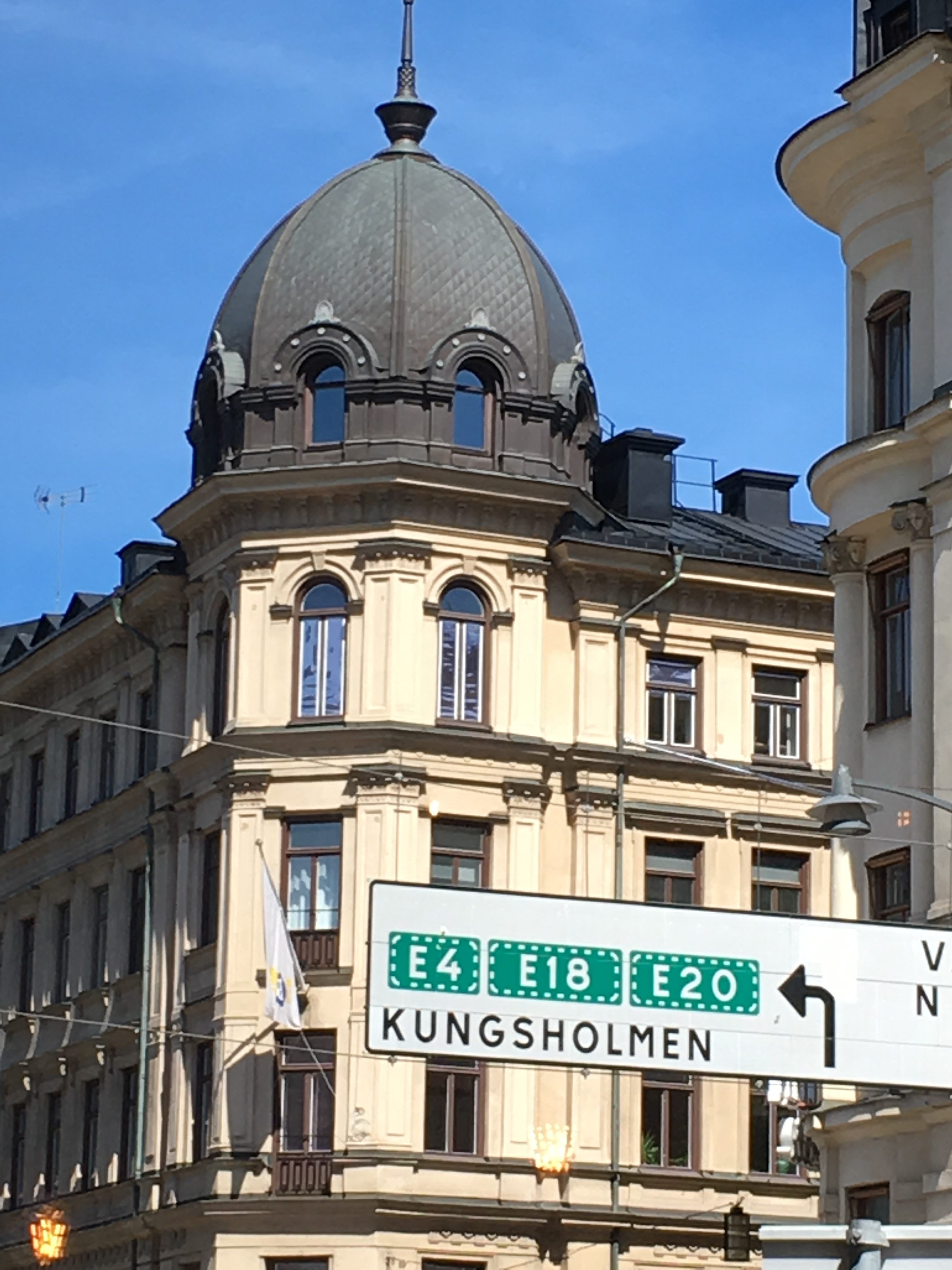 „Alex Recht had been a policeman for more than a quarter of a century. He therefore felt he could claim to have wide experience of police work, to have built up over the years a significant level of professional competence, and to have developed a finely tuned sense of intuition. He possessed, he was often told, a good gut instinct.
Few things werde more important to a policemen than gut instinct. It was the hallmark of a skilled police officer, the ultimate way of identifying who was made of the right stuff and who wasn’t. Gut instinct was never a substitute for facts, but it could complement them.  …
Maybe he thought to himself as he sat at the wheel on the way to Stockholm Central, maybe that was why he couldn’t really warm to his new colleague, Fredrika Bergmann. She seemed to consider herself neither called to her job, not  particularly good at it. But then he didn’t really expect her police career to last very long.  …
It wouldn’t have felt right starting an investigation like this with no one but a piece of office furniture like Fredrika.”

Into the souls’ dark abyss

There is a special unit in Stockholm working on special cases: cruel murders, sinister crimes, child abduction. (The unit is dissolved later on, but the protagonists are reunited for special tasks every now and then.) Their skills and their experience are always requested when there are strange crimes and murders popping up out of nowhere. Head of the team is Alex Recht while Fredrika Bergmann joins the team by chance, not really welcomed, but finally accepted because of her intelligent approaches and precise investigations. Fredrika always shows a very professional attitude when working which seems to make any personal approaches difficult.

A key case in this series is the serial killer in various shades of grey. You can be sure that it always gets frightening, giving you nightmares when thinking of daily life on the sunny surface and decades long brutality hidden somewhere out of plain sight. Alex and Fredrika are digging deeper into the secrets when there is something appearing on the otherwise peaceful surface. All the results and findings stay with them forever, in their heads. So it’s no surprise that their job takes its toll.

Along to their professional adventures Alex and Fredrika have got a rich private life. No – they won’t become lovers, never. Their relationship is more like a friendship without any of them asking too many questions about private troubles if not necessary, but full of mutual trust.

Alex, married with two grown-up children, loses his wife to cancer, gets devastated, but reshapes his life with a woman he tragically mets during an investigation when she has to bury her own child. His son is involved in a terroristic attack and survives only by a hair, while back home at the same time Alex has to deal with the terrorists and to nail them down.

Fredrika is now living with her former university lecturer after having a hot affair with him while he was still married. She gives birth to two children during the series, but will lose her lover at the end. When dealing with corpses buried somewhere in the woods for decades she has to face some unpleasant news about the involvement of her lover, about twenty years her senior. At the same time he is accused of sexual harassment by a student.

It is characteristic for all novels that the private life and evolution of both Alex and Fredrika is pictured in detail while they are working on these horrible cases. It shows that the professional events don’t vanish when each of them enters his home and tries to shut the door.

What happens?
There is a psycho able to influence people around him and get them to commit crimes while he indulges in killing children in order to punish their mothers. All of this is a result of his horrendous childhood. Another killer sets out to punish people who failed somehow which let people die. Fulfilled with a desire for justice he tries to make this good to the victims – and he is successful because he knows how the police system works.

After having lost their only child its parents start a personal vendetta to take the lives of the children of the families who caused the trouble at the beginning, however, with our knowing about the disaster. So it’s a bloody affair caused by weird people. Another personal revenge is very well prepared as a terrorist attack when the lives of many people are at risk while the killer only wants a single life to be destroyed.

… and of course there is the psycho with abnormal sexual preferences hidden behind his social status.

All the stories are gripping and full of shocking details, however, it’s not over the top. Any killer is a perfectly normal being who may be your neighbor next door.

At the moment the series seems to be finished: Alex is rather near to retirement and Fredrika, alone on her life, has to get her feet back to the ground for her children.