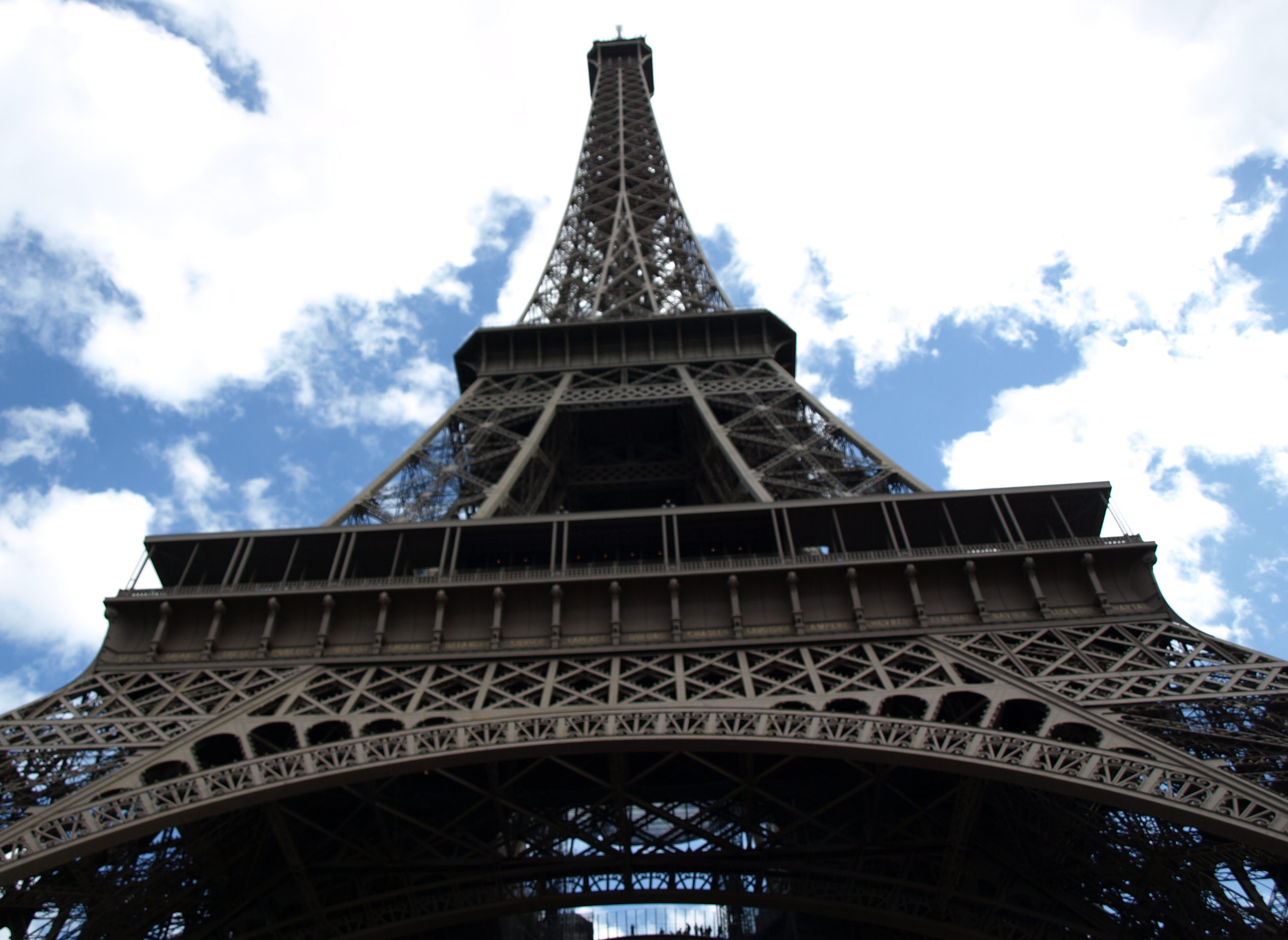 Aimée (aka Amy as her mother, an American, likes to call her) is eight years old when her mother leaves the family. She is nineteen years old when her father, a former police officer, dies from an explosion. Although meant to become a renowned doctor, mainly because her father would have liked it, Aimée drops her studies and leaves the Sorbonne to join her family’s detective agency in Paris.

All her life – we’re accompanying her from the age of twenty-three to twenty-nine so far – Aimée is haunted by family secrets: why did her mother leave and seems to have vanished into thin air? Why was her father murdered during an observation? Why was her father accused of breach of duty and had to leave the police force? Why wasn’t there anymore any conversation between her father and her grandfather?

Aimée is determined to solve the mystery of her mother’s disappearance as well as to whitewash her father’s reputation. During the whole series she is busy with her personal past – and in addition to her daily work i. e. security in the information technology world of companies, she gets involved in crimes around her. Her adventures as a rule start rather innocuously.

I, Marlowe, was curious about Aimée’s age from the beginning. In the first novel of the series she is thirty-four (as the text states, however, only in the English edition) which seems fine so far. Later on in the following novels there are hints that she is mid 20s. Taking into account the meagre information about her mother this seems to fit better. There is also a novel, much later in the series, which is set in 1989, when Aimèe at the age of nineteen years leaves her studies at Sorbonne while her father is blown up. So I think the age mentioned in the first novel is simply a typing error.

Aimée is obsessed with the destiny of her mother. When she left, about 1978, Aimée’s father destroyed anything she left behind including photos and memorabilia. Aimée was devastated. In her mind she longed for her mother preparing her chocolate for her, tucking her in the bed and reading a story before sleeping to her. (She even dreams about this when she’s in her 20s!)

On the other hand her father, a police officer, becomes her knight in shining armor always fighting for law and order. Aimée grows up amid of police officers joining her father for playing cards in their kitchen. She learns a lot about crimes and solving crimes in Paris. Moreover there is her grandfather running his detective agency after having resigned from police work who takes care of her when possible. When her father leaves the police after an internally hushed up breach of duty he does everything in his power to hide the reality from Aimée.

Aimée is a true Parisian despite all her personal misery. She adapts a modern lifestyle, likes to hunt down second-hand designer clothes, wears high heels (almost) always and everywhere. On her scooter she crisscrosses Paris. After her father’s untimely death she takes over the detective agency, however, while her father specialized in missing people, she starts working in the field of computer security. She is successful although rather often bills pile up on her desk and she has to manage the mess resulting from unpaid services of the agency.

Her business partner René is solid like a rock and manages information technology issues blindfold. He also acquires help in the form of young professionals able to do anything legal resp. illegal in the upcoming world of the Internet. René is a person of short statue aka dwarf and a respectable character … and he is head over heels in love with Aimée who appreciates him only as a friend. He even may be the godfather of Aimée’s daughter.

Aimée and her lovers: of course a true Parisian has got lovers. Aimée is no exception and many a lover would like to marry her and set up family, but unfortunately Aimée likes to run away. Maybe it’s one of the tragic outcomes of her family life. Even when she is pregnant she doesn’t brood about marriage, but decides that she’ll raise her child on her own. The father isn’t amused, but married, then divorced, then … it’s another family mess.

Finally we’ll come back to Aimée’s family. During the series we learn that her mother joined left circles ending up in an infamous terrorist group. Aimée’s father, then a police officer, did whatever possible to save his wife from a long imprisonment. His activities ruined his career and made him owing favors to many a colleague in the police organization. After a short prison sentence Aimée’s mother seems to have continued her former shady life although working now undercover for intelligence as it seems, especially the infamous CIA. Aimée’s father gets involved with shady operations in the police organization. Finally he leaves and takes over the detective agency from the grandfather, but also then he gets orders from his former employer. One of these operations lead to his death.

Aimée unravels step by step the past. Often she is disappointed and has to digest that her parents are not so pure and innocent as she imagined. All these mysterious family affairs and their investigation form a main part in the whole series. Aimée is driven by her self-imposed task and many a crime affair starts with Aimée fishing around in the dark.

The police is a dangerous and unpredictable force in Aimée’s life. Although her godfather Morbier is a high-ranking police officer he is somehow involved in all the dirty work – maybe also not so innocent when Aimée’s father is killed. He tries to protect Aimée – like a lot of other bystanders: this is an excuse for many people to stay silent whenever Aimée asks about the past. However, Aimée sticks to her guns. In private: the French police of any shade seems to be corrupt, violent and incompetent.

So Aimée is on her own when investigating which either starts with a cry for help from a friend or a hint out of her past. Aimée is always ready to drop everything and run wherever … (Thank god there’s René for the daily business!).

After talking so much about the background of the series what is it that Aimée investigates?

Paris is full of history and full of crimes. Some crimes go back to WWII and the persecution of Jews. Some crimes go back to the 70s and 80s and the terrorist groups shattering France with abduction, extortion, robberies and murder. Serial killers seem to be en route. Intelligence services plan complex conspiracies more than once. In the mid of all this action is Aimée more than once ending up in hospital with serious traumas.

Aimée is always full of energy and always there is a casual lie, a false identity or even some sort of break-in in order to obtain necessary information. Aimée is happy-go-lucky, however, not all parties are pleased.

… and after having finished a novel you ask as a matter of course what might happen next concerning the research of the past and which crime may attract Aimée next year.