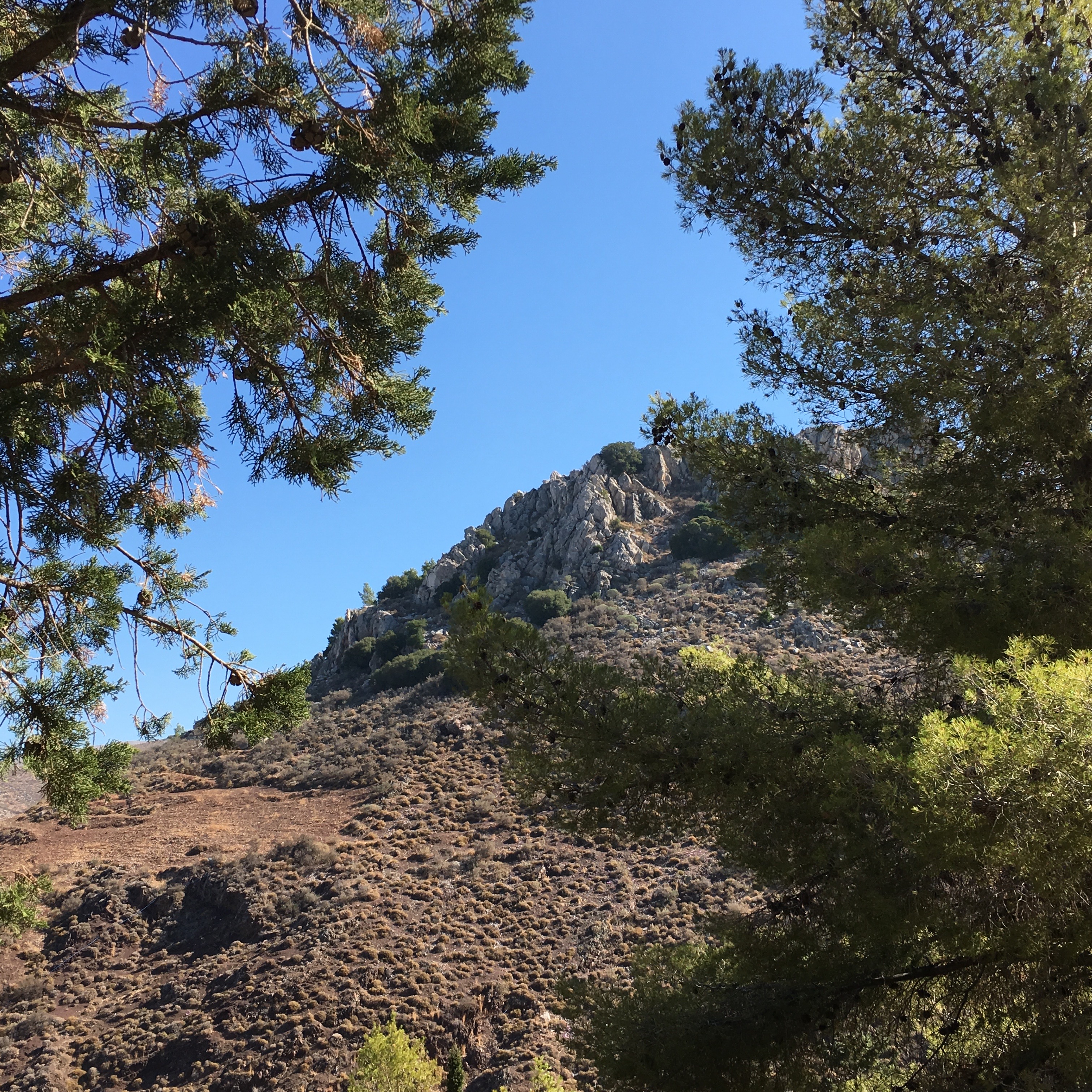 Penelope Kite stood at the door of her dream home and wiped her brow with the back of her hand. The late morning heat had brought the air to a steamy simmer. August was a hot flush that never subsided.
Uncut grass stood waist high in the courtyard and a thousand cicadas sawed their jittery music.   …
‘What have I done?’
The stone-flagged kitchen door offered no reply.
She sat down on a rickety wooden chair. It creaked ominously. She was definitely going to have cut back on croissants.
‘What have I done?’ she wailed to the walls. Well, you polished off a whole bottle of cheap rosé last night, they seemed to say. That wasn’t clever.
Her head hurt horribly.
She had a sinking feeling that she had taken on more than she could chew in this crumbling wreck of a place, and there was no one to blame but herself.

from „Death in Provence”

About a Peaceful Retirement in Southern France

Penelope Kite is about fifty years old, divorced and retired since her boss, one of the leading forensic pathologists of UK, retired from his job in the Home Office. She is well off and there are two married children, from her husband’s first marriage, and some grandchildren. Unfortunately she never had any children of her own.

She lives a comfortable life in England, cares about her children and especially her grandchildren – although the bunch may be nerve-wracking. Penelope is much-needed for picking up the grandchildren from kindergarten or school, from any leisure activities, having them for sleeping over when their parents like to have an evening for their own amusement etc.

Time and again there have been holidays in Southern France when she was still married to her husband. Penelope always enjoyed these … Now on her own she once more relaxes in Southern France: It’s like heaven on earth, no kids to be supervised, no demanding children and in-laws … Out of a moment Penelope starts thinking about living in Southern France. No sooner said than done.

Some months later Penelope drives to Southern France, to Luberon, in her new shiny Range Rover to start living and renovating (or better: other way round!) a dilapidated farmhouse with a great view.

I, Marlowe, started thinking … I’m not sure about the real estate business in Southern France and its price level, but I assume that such a nice old farm house isn’t cheap. Penelope must be really well off! Above all it’s not only the purchase of the house the renovation will also take its toll. Obviously Penelope is lucky and rich enough to deal with everything in a rather short time. Afterwards there will be a true Mediterranean dream …

I think I don’t need to mention that the bunch (i. e. children, in-laws, grandchildren) isn’t amused at all. Grandma moves to Southern France … who will care for whatever is necessary in their daily lives?

However, also in Southern France Penelope cannot live her planned peaceful retirement. On her very first day in her new – still unrenovated – home there is a body swimming facedown in her swimming pool.

What crime series is it?
Until now I talked a lot about Penelope financial status, her family, her family duties … in short: she fled to Southern France to start a new life in retirement. Where’s the connection to crime?

Before her early retirement she worked as a PA for a forensic pathologist, a renowned specialist in his métier. She liked working with him, didn’t have any problems with corpses and cruel death. So in a certain way she is well-suited to deal with bodies assessing their cause of death. Otherwise she isn’t keen to deal with this type of mess – she’d like more playing her cello, chilling with her friend Frankie and enjoying wine and food of Southern France.

Unfortunately she seems to stumble across corpses whenever possible. Penelope is nosy and starts asking and investigating in her very own way. At her side is not only her friend Frankie flying in from UK whenever needed. There is also the real estate agent, Clémentine, who sold the farmhouse to her, a well off woman of Parisian chic … and there is the Mayor, Laurent, a handsome guy, unmarried … Penelope has a crush on him.

All are somehow involved in solving tricky crimes! The police isn’t so fond of Penelope and her friends, but lies low. At the end … at the end everybody dreams of sitting on a terrace with a view, enjoying coffee with fresh croissants and pain au chocolat in the morning or ice-cold rosé and delicious stuffed olives during sunset.
(Everybody? Yes – Penelope and her friends as well as … any reader of the novels!)