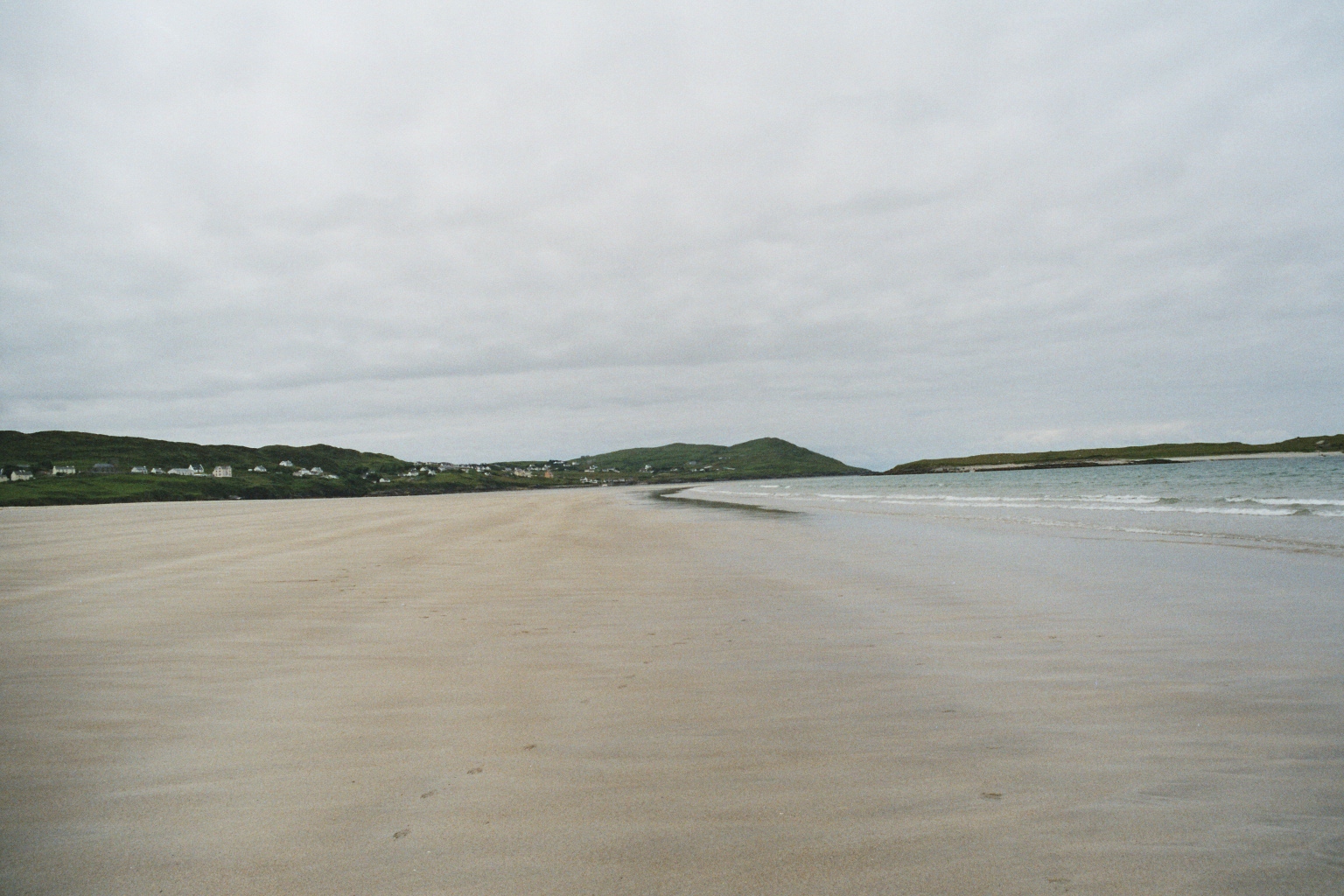 ‘I don’t need to tell you, keep the details of what you’ve seen to yourself.’

I made it back to Glendara and the old terraced house that accommodates O’Keeffe & Co. Solicitors half an hour later. O’Keeffe & Co. is my firm, since I took it over from my retiring predecessor six years ago. It’s the most northernly solicitor’s office in Ireland. Last legal advice before Iceland; I’ve always thought I should put that on my notepaper.    …
I’m Ben O’Keeffe. Benedicta actually, thanks to my parents’ fondness for an obscure fifth-century Italian saint, but the full version rarely gets an outing. ‘Ben’ does me just fine, although it does create some interesting misunderstandings.
Leah was engrossed in accounts when I walked into the office. Leah McKinley is my receptionist, legal executive and everything else rolled into one. One quiet afternoon she managed to identify a job description for herself for each letter of the alphabet – aide-de-camp, bookkeeper, coffee-maker … You get the picture. It’s a two-woman operation.
Molloy had told me to keep my mouth shut, but I’d trust Leah with my life – plus she’s bound by the confidentiality clause in her contract. So I filled her in on what had happened, watched her jaw drop, then headed upstairs to my desk.”

from „Death at Whitewater Church”

The life of Ben O’Keeffe is a lie. She is a solicitor, however, she left her job (and her career) in one of the biggest commercial practices in Dublin, changed her name into the maiden name of her mother and decided to be called by her middle name further on. By chance she found an ad concerning a practice somewhere in Inishowen far away from Dublin. Simply: she fled.

Ben is convinced that she is responsible for the death of her sister and the misery her parents have to bear since then. She is afraid of visiting her parents who live near Dublin as ever. Although her sister’s lover, being her lover beforehand, was convicted of manslaughter eight years ago the story never came to an end for Ben and her parents. Especially her mother is convinced that it was murder and the case should be reopened. Ben has some crucial information about the whole affair which she never shared with her parents to protect them – wouldn’t be happy with any reopening.

Ben never talks about her past. She isn’t able to start a relationship. Whenever the past tries to enwrap her (or anything else – a case, a mystery, a murder – drives her crazy) she flees to the beach and makes a dive into the wild and cold Atlantic Ocean – at any season. However, this doesn’t solve the problems. In addition, her sister’s lover is released on probation and traces her way to Inishowen. He shows up and a real bloody mess evolves dragging on during some of the novels.

I, Marlowe, like to add that a characteristic quality of Ben is her nosiness. So imagine a solicitor bound to learn lots of confidential information, getting involved in crime schemes involuntarily, always in tight co-operation with the local police authority who likes to unravel local secrets that seem to lay more or less buried around her. Inishowen is a close-knit community and family legacies are passed down from generation to generation. Ben is always busy to learn everything about everybody nosing into any drawer although without giving away a single bit of her own story. She’s a pain in the neck.

Against this background people die, people vanish, skeletons appear after decades below ground. Sometimes the IRA was busy in the past, sometimes lovers had to surrender their happiness. Families try to save their reputation. Often families are mixed up by illegitimate children. Revenge is all over the place even if the root cause happened somewhere in foggy past. Furthermore anybody tries to do business and save profits.

Amid all this daily busyness murder happens and suddenly bodies pile up. Collateral damage is unavoidable. Narrow roads are armed with sharp bends, the beach offers access to treacherous currents, there are steep cliffs. In short: enough places and spaces for killing people and possibilities for a try to make it look like some unhappy accident.

The police is understaffed, but on the watch. Ben often is too nosy, but stirs the police into action. Her main partner at the police is Tom Molloy. They co-operate since Ben arrived in Inishowen although Molloy often tries to exclude her. Of course their relationship evolves and … for a log time nothing happens! You cannot call it an on-off-relationship, but finally it seems that they will become lovers. Always remember Ben’s past and her fear of starting a new relationship.

During Ben’s stay of about eight years a small group of friends formed around her although she always will somehow stay out as the new arrival. There is her “partner” Leah who cares for the daily business in the practice. Her best friend is Maeve, the local veterinary, and there is Phyllis from the bookstore. Then there are people in the pub … Ben isn’t alone, but at the same time she is stays somewhat lonely.

What else?
In spite of the rough weather in Inishowen and the sometimes long roads Ben drives a rather small and old car. Reliability?
… and she has a cat!