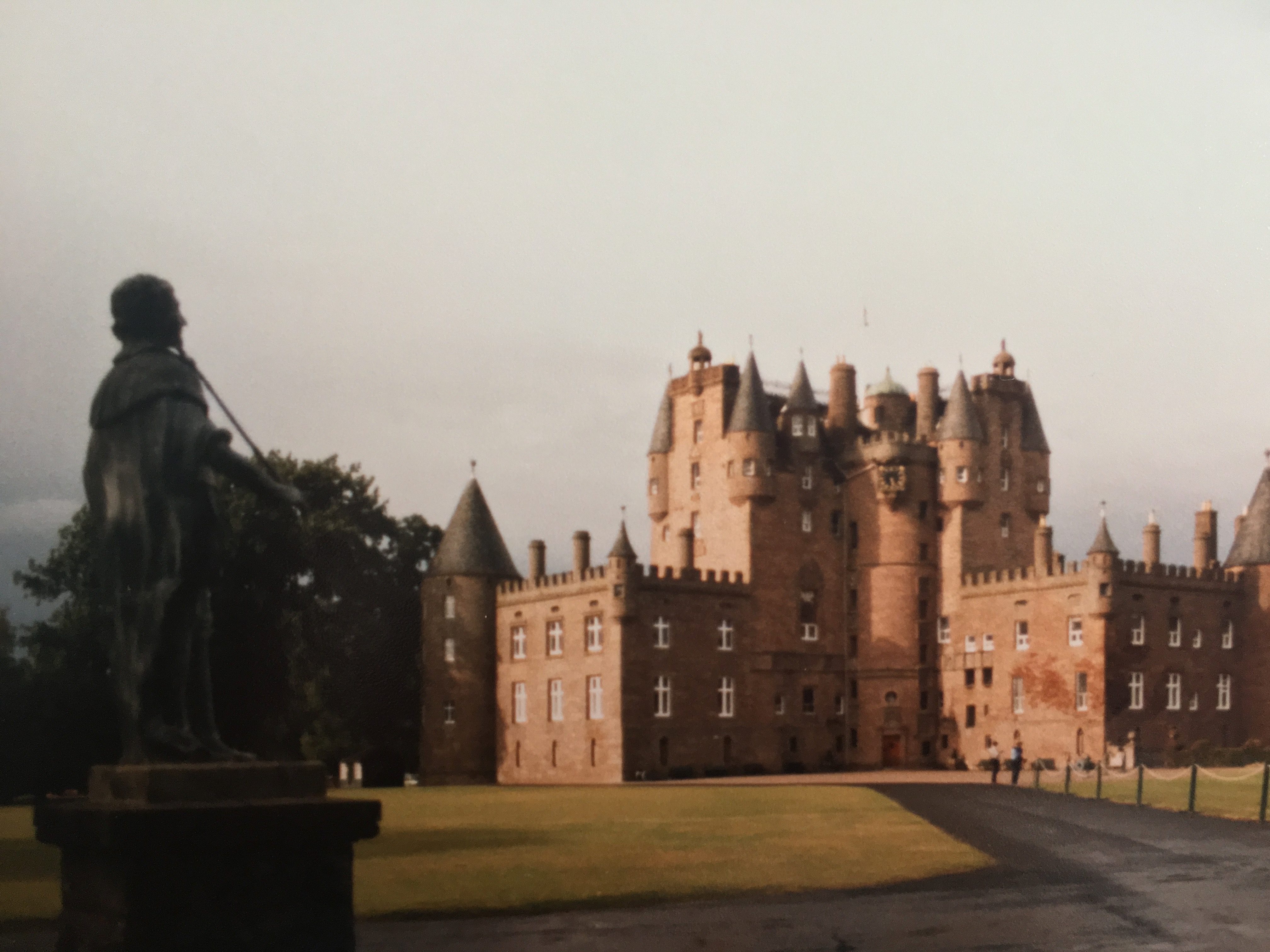 „Lord  Peter Wimsey stretched himself luxuriously between the sheets provided by the Hôtel Meurice. After his exertions in the unraveling of the Battersea Mystery, he had followed Sir Julian Freke’s advice and taken a holiday. He had felt suddenly weary of breakfasting every morning before his view over the Green Park; he had realized that the picking up of first editions at sales afforded insufficient exercise for a man of thirty-three; the very crimes of London were over-sophisticated. He had abandoned his flat and his friends and fled to the wilds of Corsica. For the last three months he had forsworn letters, newspapers, and telegrams. He had tramped about the mountains, admiring from a cautions distance the wild beauty of Corsican peasant-woman, and studying the vendetta in its natural hounds.
…
Now, however, the call of the blood was upon Lord Peter. They had returned last night in a vile train to Paris, and had picked up their luggage. The autumn light, filtering through the curtains, touched caressingly the silver-topped bottles on the dressing-table, outlined an electric lampshade and the shape of the telephone. A noise of running water near by proclaimed that Bunter had turned on the bath (h. & c.) and was laying out scented soap, bath-salts, the huge bath-sponge, for which there had been no scope in Corsica, and the delightful flesh-brush with the long handle, which rasped so agreeable all down the spine.
…
It was a glorious bath. He wondered, as he soaked in it, how he could have existed in Corsica.
…
To his immense surprise he perceived Mr. Bunter calmly replacing all the fittings in his dressing-case. Another astonished glance showed him the bags – scarcely opened the previous night – repacked, relabelled, and standing ready for a journey.
«I say, Bunter, what’s up?» said his lordship. «We’re staying’ here a fortnight y’know.»
…
For an answer Mr. Bunter handed him the paper, folded open at the heading:

from „Clouds of Witness”

A Detective of Independent Means

Is there anybody out there who never ever heard about Lord Peter Wimsey?
Never watched the Wimsey series on TV?

Concerning the quotation: The Duke of Denver is Wimsey’s elder brother and the heir to the title. Wimsey himself is only “the spare“ allowing him to indulge in anything he likes. Of course he rushes from Paris to good old England on the very morning to save his brother, his family, the honor of his family etc.

If you like a detailed introduction to Wimsey and his family roots there is a brillant chapter about it in the current edition of „Ein Toter zu wenig“ – unfortunately only in the German edition. (Maybe you’ll find the text also in another novel of the series…).

Well: Lord Peter Wimsey is “The Gentleman Detective“. Dorothy L. Sayers created the concept of an intelligent man with independent means, not forced to earn his living, but endowed with an excellent education (i. e. Eton, Balliol College in Oxford), charming, on an upper social level with an unbreakable belief in justice as well as law and order. He is the blueprint for all these detectives – if in England or UK, in Europe, in the USA or anywhere else.

I, Marlowe, enjoyed all the novels, but never cared about the short stories. Well, there are some short stories available… I think that murder deserves a novel of some hundred pages to be presented in an acceptable way. (So stay clean of any short stories!)
(…and I stay only with the original novels – there are some latecomers based on some shady ideas of the author, but not written by Sayers (!)… these are not covered!)

Wimsey doesn’t work totally on his own. There is Bunter who cares about everything and acts additionally also as a technical help when visiting and analyzing crime scenes and murder victims. Bunter was a sergeant during WWI serving under Wimsey; after the war he became his butler.

Later on Wimsey was successful in engaging a small squad of common, but extraordinary people working for him and his detective agency. Members of this species are able to disguise themselves, sort suspects and witnesses out and so on.

Although having had an excellent education Wimsey is no expert in crime. Especially all the police work is rather alien to him. Fortunately there is Inspector Charles Parker; Wimsey and Parker met at Wimsey’s very first case and became friends. Later on Parker mets Lady Mary, Wimsey’s sister, and they fall in love and marry and live happily ever after. It is not a befitting marriage, but obviously nobody cares in the Roaring Twenties. B. t. w. the murder victim in the case of the Duke of Denver was Lady Mary’s fiancé at that time… In short: whenever Wimsey needs help and knowledge out of the police world Parker is ready and happy to support.

(Therefore Sayers not only created the prototype of the „Gentleman Detetcive“, but she was also successful in designing  the blueprint for any entourage.)

Why is Wimsey so interested in crime?
During WWI he was buried alive in a bomb crater and suffered from a psychic trauma that hold him in its claws years after. Only when working on his first case the nightmares vanished, however, to return soon after. Bunter is always at his side when the horrible WWI events turn up again. Wimsey, however, acquired a taste for solving crimes. Based on his social level and his financial means he could only imagine to become a private detective – and the next case was the deadly event in which his brother got involved.

At last there is Harriet Vane. She is a suspect in a murder case, but Wimsey is convinced she’s innocent. Of course he falls in love with her, but she holds off, hesitates… It’s a long way for Wimsey until they get finally married. (There is also a novel where Harriet mostly on her own solves a crime in Oxford at her college.)

Wimsey’s cases are always tricky, elaborate and artificial – always very artificial. The murderer has to be determined and anticipatory concerning circumstances and evidence. Also he has to rely heavily on his luck – I think that most of the crimes are beyond everyday life, even given that nobody of us is familiar with the noble society in the Roaring 20s in England to be able to try an evaluation.

There is this subtle threshold between crime and crime for pleasure. (If anyone ever read Chandler’s famous essay “The Simple Art of Murder“ you’ll know what it is about!) All novels of Dorothy Sayers are dealing with „crime for pleasure“ even if it seems that the murderers always have their sound motives. In short: we are not in reality, but in a fictional England… Nevertheless it’s fun to chill out with the books.

…at the end:
Always have in mind that the Wimsey novels are almost a hundred years old i. e. they were written at that time. Forget all about mobile communication and computers… and forensics… The novels seem old-fashioned, especially concerning the limitations of social classes, but Wimsey is the prototype of the private eye with independent means who can afford to deal with murder investigations because he hasn’t got any other hobby.