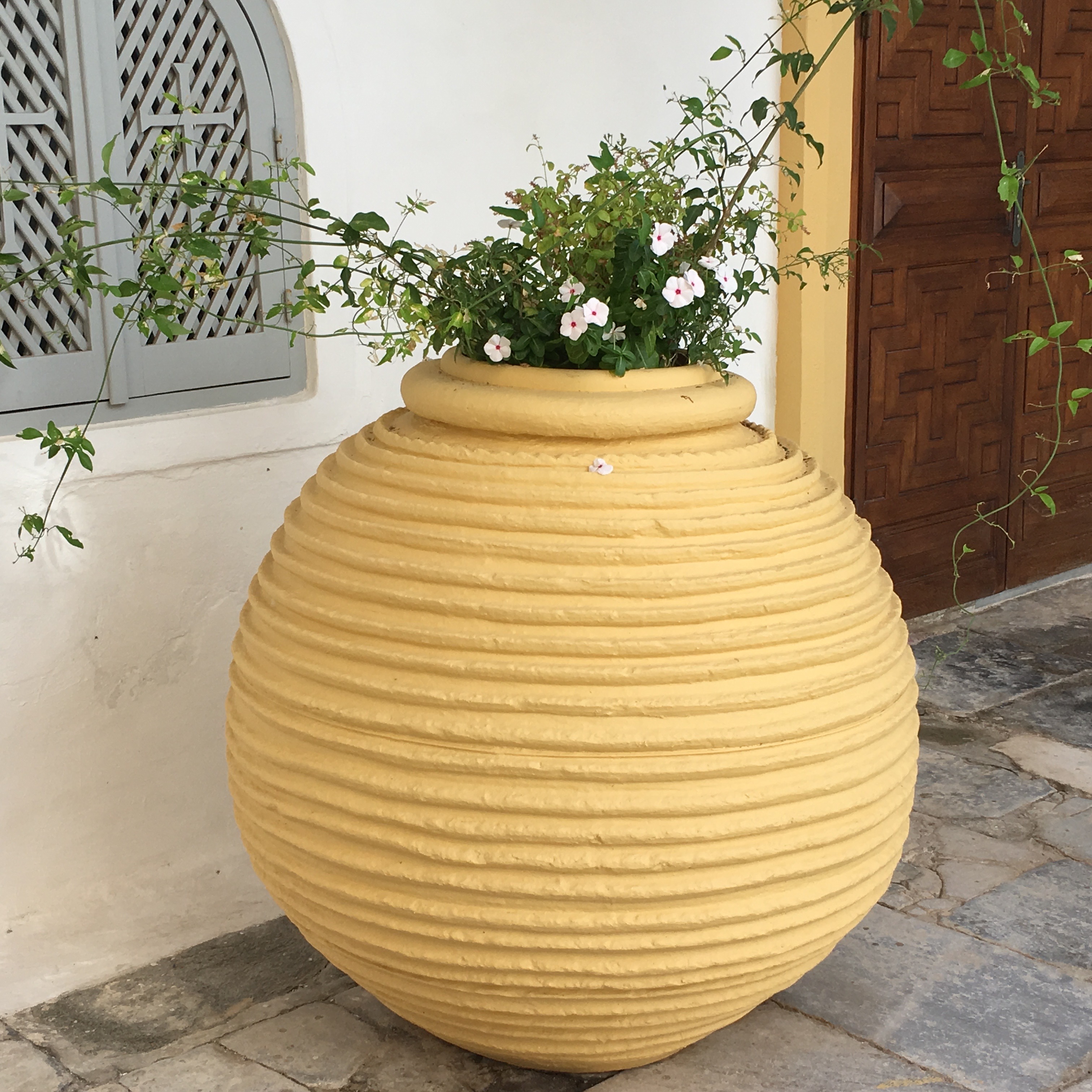 „ ‚Livia, I don’t feel betrayed, I have been betrayed. We’re not talking about feelings here. I’ve always done my job honourably. With integrity. If I gave a crook my word, I kept it. And that’s why I’m respected. That’s been my strength, can you understand that? But now I’m fed up, I’m sick of it all.‘
‚Please, don’t yell,‘ said Livia, her voice quavering.
Montalbano didn’t hear her. There was a strange noice inside him, as if his blood had reached boiling point. He continued:
‚I never once fabricated evidence, not even against the worst criminals! Never! If I had, I would have been stooping to their level. And then you really could have said that this is a filthy job! Do you realize what happened, Livia? The people attacking that school and planting false evidence weren’t a bunch of stupid, violent beat policemen; they were commissioners and vice-commissioners, inspectors and captains and other paragons of virtue!‘ “

from „Rounding the Mark”

An Honourable Gourmet in Godfather’s Homeland

Salvo Montalbano lives in Sicily and is a police inspector. In contrast to the public opinion he fulfills his job without being in danger that a mafia killer is always around waiting for a chance to shoot him. Also in contrast to myths of corruption Montalbano solves his crimes and brings charges against the suspect even if it may happen that the offender suddenly is shot by an unidentified sniper. In general Sicilian police seems far away from any Mafia business while occupied with daily business of solving petty crimes and family feuds going wild, not to mention the debris of blood feuds.

Of course the Mafia families are everywhere managing their business in the background as well as there is corruption on the political level, on the administration level – everywhere. Montalbano, however, tries to keep calm, stay alive and fulfill his private understanding of law and order.

Montalbano’s life starts with swimming in the sea and strong espresso in the morning. He has an office with a lot of staff, may order a driver whenever he needs one, may stay at home until noon if he likes – although this happens at rare intervals.

For dinner his house keeper Adelina always prepares more delicious food which waits for him in his oven just to be reheated and enjoyed on his terrace overlooking the beach. In private: Adelina is as good as gold working for Montalbano for ages although Montalbano is responsible that her son is in prison. One point: Adelina is not hypercritical about Livia.

Livia is Montalbano’s steady companion, his fiancée, since the beginning of the series. Livia lives in Italy’s north in Genoa. Every now and then she flies to Sicily or Salvo takes a flight to Genoa. Maybe that is the secret of their happy relationship – although Livia is jealous and sometimes throws a tantrum on the phone. Montalbano just bears the brunt.

Seems to be an ideal life – were it not for the everlasting bureaucracy, the sluggishness of some teams, stubborn witnesses, corruption and political games. And more. Montalbano tries to make his way around all these obstacles and succeeds most of the time.

I, Marlowe, won’t comment the legend why Andrea Camilleri’s protagonist is called Montalbano. You can be sure that we’ll present Manuel Vásquez Montalbán and Pepe Carvalho soon. Apart from that the Sicilian Montalbano is a worthy representative of the club of the classic inspectors. I like it getting engrossed in a tricky murder case, enjoying delicious food and swimming with Montalbano in the open sea – at least in my mind’s eye.

Montalbano will never get out of work. In a certain way crimes are present everywhere and at all times involving anybody around, if guilty, if innocent. Sometimes I think that nobody is really innocent because everybody tries to get some advantage, some more money, some better life.

Amid all the petty crimes there are murders and you can be sure that the murderers are very busy and tricky to let the corpes vanish into thin air – or whatever they think that means. As a result Montalbano and his team are busy with deep dives into the past when suddenly a skeleton appears in the middle of nowhere.

Montalbano is born in Sicily and knows all about the Sicilian way of life, Sicilian family traditions, Sicilian Mafia clans. He knows that there is a difference if the unmarried niece of a Mafia godfather gets pregnant and the future father makes a run or if it happens in a family with no connections. Or if it’s the son of a deputy who crashes any speed limits compared to the drunken son of a shop owner. Montalbano is not happy with this two-tier society or even the emerging multi-tier society – when taking a closer look, however, he knew how to play the piano.

The crimes are numerous, violent, simple … Montalbano and his team have to deal with all shades of grey – sometimes a petty crime develops into an affair rocking the political system and the administration. Sometimes people try to blame a Mafia clan for a murder or whatever, however Montalbano and also the Mafia soon unearth the truth which never ends well for the suspect.

Montalbano and his team are people like your neighbours. At least it seems so. Sometimes there is a little action, but most of the time the team works like a classic investigation unit. They pore about old files, they talk to people – they talk a lot, also in their team. Suddenly there seems to appear a solution to their crime on horizon and they start running as long as it is really solved. Forensics have arrived even in Sicily of course, but all needs time and the Sicilian labs need even more time.

He was born in 1950 and in the latest novels he approaches sixty, slowly. Montalbano has a big problem with getting older. In fact, he is fit – remember the swimming and the Mediterranean diet – and handsome – remember the women around him, however, there are more and more bad dreams, more and more doubts … I’m really curious what happens next to Montalbano’s life.

Concerning the German and English editions of the series, there are some more novels to come. The novels are thrilling from the first page on although there is a lot of story telling about Montalbano’s private life and the private doings of his team, about food and women, about the whole life in Sicily.

At the end:
When watching the TV series you’ll notice that everybody grows older … The actors are not replaced (only in one single case!).