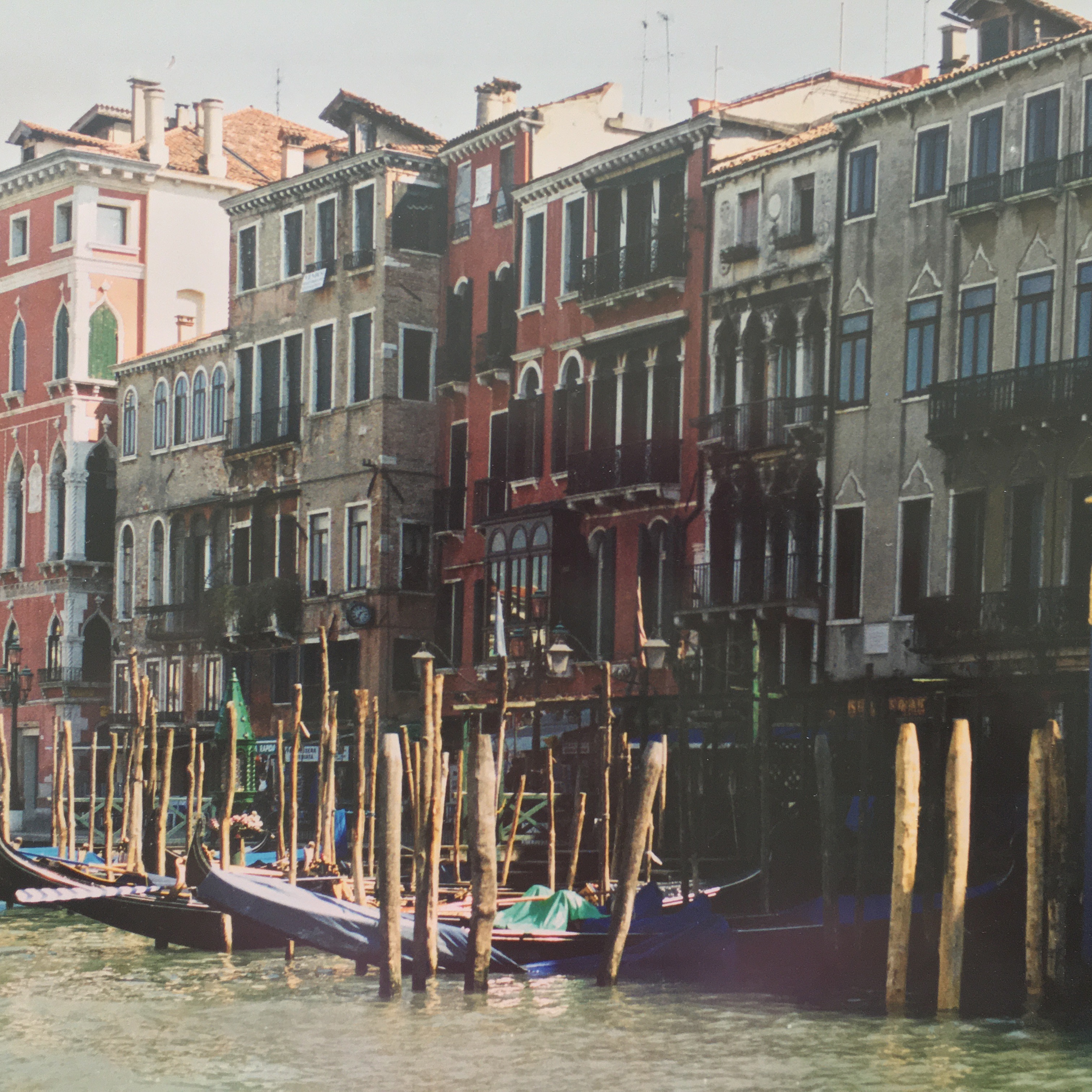 Because this was Venice, the police came by boat, blue light flashing on the forward cabin. They pulled up at the side of the small canal behind the theatre, and four men got out, three in blue uniform und one in civilian clothes. Quickly they walked up the Calle, or narrow street, alongside the theatre und continued through the stage entrance, where the portiere, who has been warned of their arrival, pushed the button that released the turnstile and allowed them to walk freely into the backstage area. He pointed silently to a staircase.
At the top of the first flight of steps, they were met by the still-stunned director. He started to extend his hand to the civilian, who seemed to be in charge, but forgot about the gesture and wheeled around, saying over his shoulder, ‘This way.’ Advancing down a short corridor, he stopped at the door to the conductor’s dressing room. There he stopped and, reduced to gestures, pointed inside.
Guideo Brunetti, a commissario of police for the city, was the first through the door. When he saw the body in the chair, he held up his hand and signalled the uniformed officers not to come any farther into the room. The man was clearly dead, body twisted backwards, face horribly distorted, so there was no need to search for a sign of life; there would be none.
The dead man was as familiar to Brunetti as he was to most people in the Western world, if not because they had actually seen him on the podium, then because they had, for more than four decades, seen his face, with its chiselled Germanic jaw, its too-long hair that had remained raven black well into his sixties, on the covers of magazines and the front pages of newspapers.

from: Death at La Fenice

Il Commissario Guido Brunetti is one of the busiest and most settled police officers resp. detectives. He lives in Venice, enjoyes Venice and his private as well as his professional life. All is embedded in a rather small universe which doesn’t seem to experience any changes during the years resp. decades.

What about his murder cases? Most of the cases are high-profile murders – at least concerning the upper class resp. upper middle class of Venice.

The cases fit in; Brunetti investigates, but he doesn’t leave his small universe. He solves the cases, but nothing disturbs his peace although he is sometimes reflective about his experiences – maybe that’s why readers love Brunetti novels so much.

Another reason for its popularity may be Venice, La Serenissima, this city full of history and stories about power, intrigues and treason, wealth and entrepreneurship as well as sadness and a certain fin de siècle feeling. It’s an immortal setting for any kind of drama including murder and modern crime novels.

I, Marlowe, remember well reading the novels when the series started – and then there was the TV series (born and bred in Germany – obviously). Always there was some longing for visiting Venice, roaming the canals, drinking espresso on Piazza San Marco, crossing il Ponte dei Sospiri, the Bridge of Sighs … Maybe the cause for this unveiled adoration is the origin of the author, an American. Compared to Il Commissario Montalbano from Sicily, breathing out the sun and the dust of Southern Italy and recounting the life and temptations of anybody, especially the established families of crime … Let’s just state that Brunetti is special and that reading about his cases is fine entertainment.

What about Brunetti’s universe?

There is his professional life which is nicely paced starting with an espresso and a small croissant in the morning. The discussion of progress of any cases with his assistant and friend Vianello who is loyal and faithful to Brunetti. There is the inevitable consultation of la Signorina Elettra who is a genius concerning all aspects of IT and research and without any qualms when sailing close to the wind.

On the other hand there is the inevitable colleague who always wants to stab Brunetti from behind – figuratively of course. No need to reveal details about Scarpa or Alvise or … because Brunetti is always the hero at the end.

Above all of them there is il vice questore Patta. He wasn’t born or raised in Venice, but in Southern Italy and was transferred without having much skills as a policeman or detective, however, with relations to politicians in Rome and an extraordinary political instinct. Brunetti has always to circumnavigate the dangerous cliffs emerging from Patta’s ideas and personal projects.

Patta respects Brunetti mainly because of his relations into Venice’s society. He is the son-in-law of a true conte, il conte Falier, an old established family with a palazzo and independent means. So now we are entering the Brunetti family business.

Brunetti, although from humble background, once met Paola, the daughter and the only child of il conte Falier, they fell in love and married. There are two children, an apartment overlooking Venice and the canals and a happy family life.

Paola is a professor for English Literature at the university specialized in the works of Henry James. Brunetti likes to read classic Greek literature. Both are – sometimes – on a highly intellectual level. Everyday business is having a meal together with the children who attend school resp. university and are aged for causing trouble – sometimes. I always admire Paola who is able to create an excellent three-course-menu from scratch within next to no time.

The family ties into Venice’s nobility has its price because more than once Brunetti is asked to help a business connection of his father-in-law or a friend of his mother-in-law when there is trouble on horizon mostly caused by relatives. Brunetti investigates whenever possible knowing that Patta will close his eyes because of the nobility involved.

At the end I like to state that crime of any kind will be found in the novels: murder, robbery, child molestation, trafficking, illegal prostitution, money laundering, fraud, pollution of the environment … Somehow all this is entangled with Venice, its urban development during the last years and of course its society – and Brunetti has to care about it all which doesn’t mean that at the end always a guilty party is found and convicted.