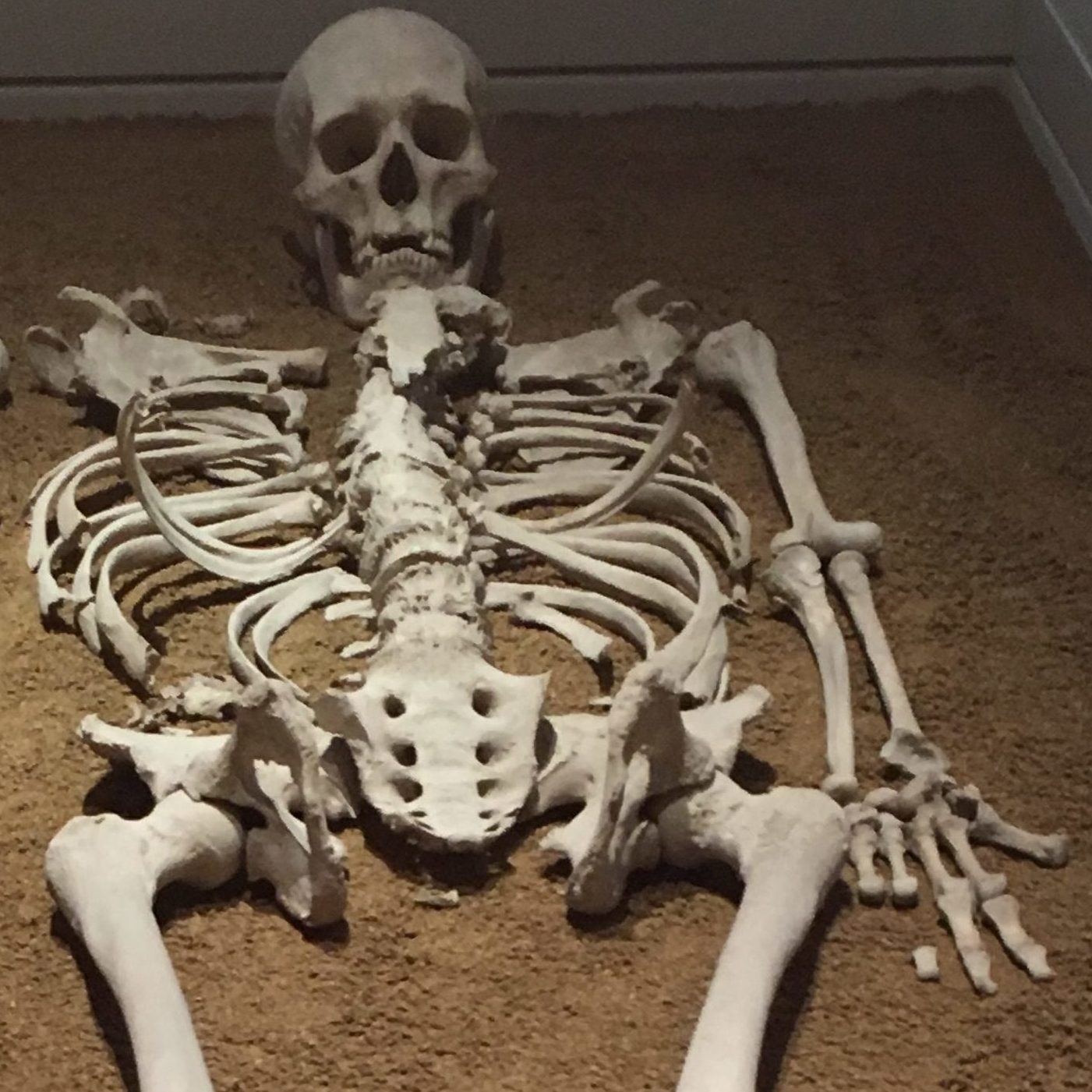 „«Of course we are. Coppers aren’t thick, but you’ve got more brains than anyone else in this building. You’re fit. You don’t have a record. You were ill for a time as a teenager, but you’re fine now. You want to work for us. Why wouldn’t we hire you?»
I could think of a couple of possible answers to that, but I don’t volunteer them. I’m suddenly aware of being intensively relieved, which scares me a bit, because I wasn’t aware of having been anxious. I’m standing up. Matthews has stood up too and comes towards me, shaking my hand and saying something. His big shoulders block my view of Bute Park and I lose sight of the kites. Matthews is talking about formalities and I’m blathering answers back at him, but my attention isn’t with any of that stuff. I’m going to be a policewoman. And just five years ago, I was dead.”

from „Talking to the Dead”

Fiona Griffiths is 22 years old when she joins the police; four years later we listen how she deals with a complex murder case, fraud and human trafficking – all mixed up and leading finally into the finest social circles of South Wales. Of course as a DC she is part of a team – although she is not exactly a team player herself.

She has a strange and extraordinary relationship to the dead…

I, Marlowe, like to clarify this relationship from the very beginning. Fiona suffered from Cotard’s syndrome, a mental state where the affected person thinks that he/she is dead. For two years Fiona was on the edge and lost – then she recovered, but the dead follow her since then and she is familiar with dead persons visiting her and talking to her. So that’s it – maybe it’s a big advantage when investigating murder cases.

Fiona herself tries hard to become a normal person and lead a normal life.

When she was about two or two and a half years old she was found in an open Jag convertible sitting on the backseat. The Jag was parked outside the church where people had gathered for the Sunday prayer. It belonged to a couple having no children so far – and they adopted the sweet little girl. For the next eighteen months the girl didn’t utter a word – then she started talking perfectly.

She grew up, loved and pampered, got two younger sisters, showed intelligence – and became a victim of the Cotard’s syndrome in her teenage life which stopped her development for a while. Finally – officially – recovered she went to Cambridge studying philosophy, graduated with excellence and applied for police service.

Well, her father i. e. her adopted father wasn’t amused at first because he is one of the big bosses in the shady business sector of Cardiff and South Wales owning bars with table dance and striptease… maybe dealing with drugs, maybe some racketeering… nobody knows for sure because he was never ever accused of anything although the police is on the watch…

He loves Fiona and sets her up with a nice home of her own and a really speedy car – altogether much above her income from her police service. So nothing changed at the family front: Fiona is still the beloved child.

At the end of the first novel Fiona learns about her origin and is upset and curious about her biological parents. Later on she learns that – possibly – her father on the background of his activities and network connections all over South Wales knows more, much more about her beginnings than he reveals… Let’s see what happens in the series.

I don’t want to do any deep dive in the murder cases Fiona has to investigate: her cases are all violent and cruel, complex, but never so far from reality that they seem ridiculous.

The most striking aspect of the novels is the formal set-up of the novels: Fiona talks. Only Fiona talks and reports on anything she does, she feels, she thinks, she racks her brains about… When reading you feel like reading a diary – like being in her head and noticing any detail, any thought, any personal remark… It is a great style – and you won’t get tired of it!

So: Fiona is a strange character in the police world with a mysterious origin, suffering from a rare mental state, highly intelligent, but lacking social intelligence. The mix of her personality helps her to unravel the complexity of the cases, but sometimes also blocks a cooperative collaboration.

…at the end:
There is a TV movie based on the first book of the series – unfortunately not available on DVD as well as no streaming offer (at least at the moment).