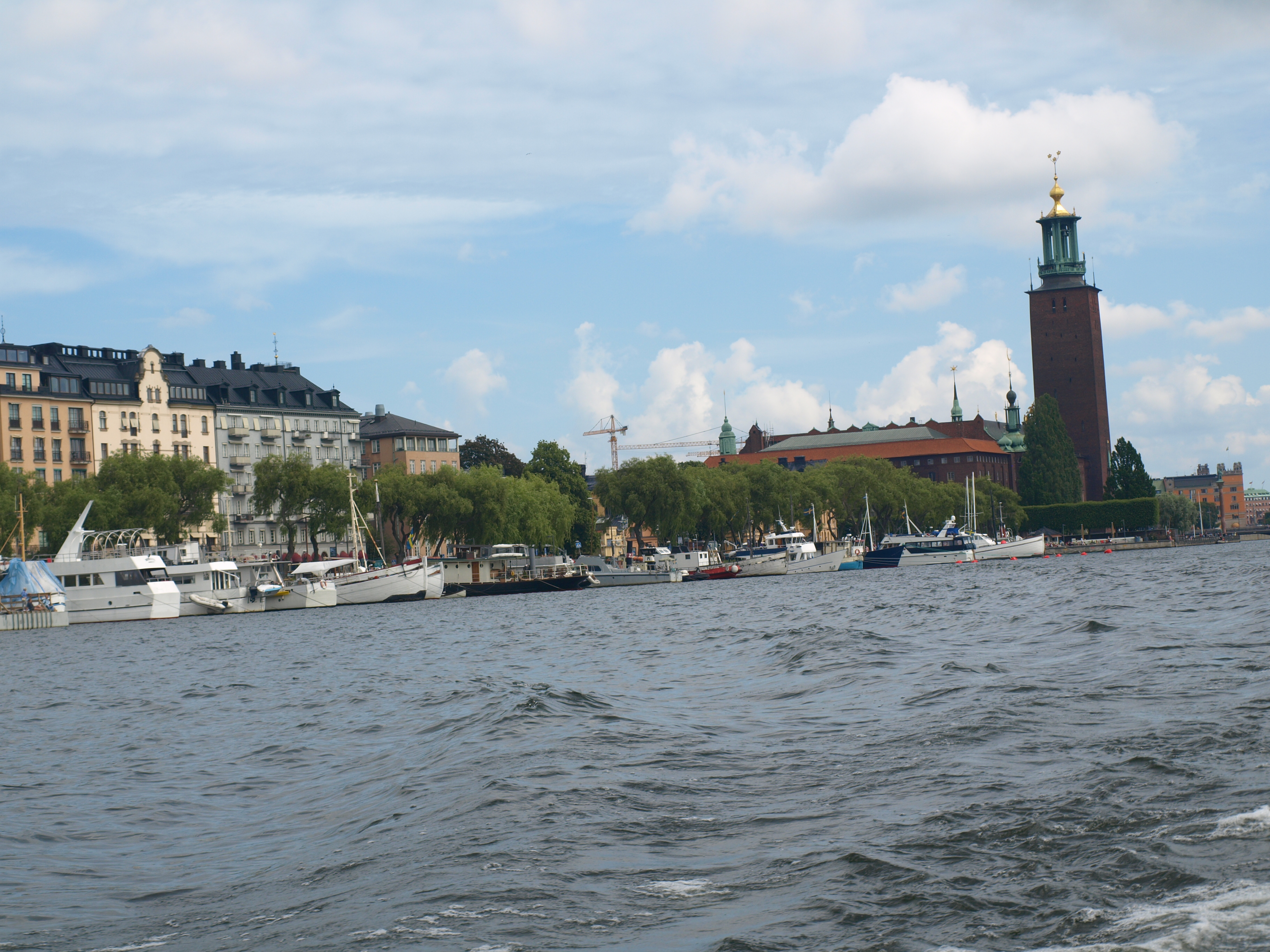 „Violence has rushed like an avalanche throughout the whole of the Western world over the last ten years. You can’t stop or steer that avalanche on your own. It just increases.”

There are 10 crime novels covering 10 years…

It’s me, Marlowe, just a personal note: „The Man who went Up In Smoke“ was the 1st crime novel we got under our skin – we got addicted when reading. It was enthralling, it was somewhat different and strange and a new style of writing – it made us look for more novels of this series from Sweden.

My mistress was fond of detective stories and crime novels from childhood on – as a teenager Kalle Blomquist was her true-blue hero… The novels of Maj Sjöwall and Per Wahlöö finally became the catalyst for us to explore the wonderful world of crime fiction.

Once again: we are talking about 10 novels covering 10 years (1965 – 1975). Are there also 10 murder cases? No – not at all: the first 2 novels deal with a single murder case to be investigated keeping Martin Beck and his team (aka the National Murder Squad in Stockholm) busy, but afterwards their world is taken apart… There aren’t any more single murder cases, but more and more people getting killed, more and more crimes to be dealt with, some crimes linked to each other (or not!). From year to year the society and the social system – central issues of the series – go more insane being responsible for the growing number of crimes while the police is increasingly unable to cope with.

Where are Martin Beck’s challenges?

He is after a sexual offender and murderer, identifies him, however, where is the evidence… and decides to set a trap almost backfiring and destroying the life of a young female police officer.

He hunts a paedophile with the whole of police troops during a long and hot summer caught, however, only by an observation of an old retired lady when her remarks are finally taken seriously.

There is a drinking party among friends and a dead person remains. With mighty efforts the dead man is hidden away and a wrong trail is set up with the consequence that the offender almost gets away with murder.

An extramarital affair is getting inconvenient and annoying: the husband decides to get rid of his lover and tries to blame the murder on a known sexual offender living nearby.

The big bang: a massacre in a bus! Imagine it’s a novel written end of the 60s… The case where one of Martin Beck’s colleagues loses his life is extreme and desperate in every respect – however, if the social status is endangered extreme measures have to be taken and that’s not absurd.

Another time a retired police officer is brutally killed who was always fond of authoritarian manners and acted like a reckless policeman: unfinished business is closed, but there is an escalation and Martin Beck almost dies when shot.

Car trafficking goes wrong, smuggled diamonds, drugs: somebody gets greedy, too greedy and wants to get into the act with the big guns. Small-time criminals emerge as drowned bodies and fire victims: it’s a real mess and Martin Beck’s best friend is stabbed and badly injured.

A CEO is shot, who is involved in illegal arms deals – also unfinished business! By help of the laziness of a pair of uniformed officers the murderer escapes…

A blackmailer is shot and the offender gets away – but only to be convicted of another crime which he wasn’t involved in.

…and finally: the planned assassination of an US politician in the mid of Stockholm!

These are only the pegs, the core cases, Martin Beck has to deal with – all around there are more crimes and offences, part of the main action, parallel to the main action, just ending up on the desks of the police: teenagers disappear, drug dealers are killed, homeless persons provoke and go on the rampage… There is a growing number of offenders getting away far too often. Sometimes the police hasn’t got enough evidence, sometimes the officers are too lazy and sometimes simply a recorder doesn’t work correctly during an interrogation: police officers are as human as all of us with all their passions and weaknesses always trying to simplify their lives.

Coming back to Martin Beck and his team: Martin Beck lives (obviously) in Stockholm. He is a 1st Detective Inspector, climbing the ladder… finally he is the Chief of the National Murder Squad. He is (unhappily) married with 2 adolescent children, then there is a divorce and he’s living alone for some years to find eventually a new woman and become happy – at least private.

He is quiet, thoughtful and draws conclusions. Beck is critical about his work and the society; during the years he becomes more critical, but he doesn’t revolt – none of those detectives who always want to have their own way and rebel against any authority (as usually to be found in crime novels). He makes his way, but always within the boundaries of his responsibility. A dramatic experience is his gunshot wound when a suspect goes on a shooting spree: he knows (…and also his team knows!) that it was a hasty action, but it doesn’t harm his career.

He clings to his cases: he works all night long and over the weekend and even at Xmas – if necessary… His family is often disappointed and the family bonds as well as the matrimonial bliss (if ever existent!) goes AWOL: divorce.

Does Martin Beck like his job? I think he likes it to investigate crime and prove criminals to be guilty: he is determined to learn the truth even if there is no consequence for the offender. His career in the police hierarchy is comprehensible, however… maybe he would be happier on a position allowing him to investigate independently without any involvement in administration, staffing policy and any politics at all.

His best friend and colleague is Lennard Kollberg who got married rather late in life to a young good-looking woman with 2 toddlers now. Kollberg has increasingly problems with his job, the police and their role in Sweden and the development of the society over the years. Finally he quits the service – a decision also influenced by his experience with a professional killer who almost stabbed him to death.

Then there is Gunvald Larsson who is a little reckless and likes to use methods beyond the common rules… together with Einar Rönn, Fredrik Melander, Åke Stenström, Benny Skacke… Per Månsson from Malmö (with connection into Copenhagen – fyi: there wasn’t any bridge in the 60s and 70s!). All are policemen and make their contribution – however, they also live their own lives and meet their destinies. Even though Martin Beck is the main figure all his colleagues don’t remain in the shadows.

…and there are Kristiansson and Kvant, a couple of uniformed officers, a „running gag“ of the special kind. Both appear from time to time and make sure that something goes wrong – unconsciously because they are simple-hearted and lazy and try to avoid any stress. Unfortunately sometimes the solving of any crimes is misleading. One of them meets his destiny when is shot by a sniper without warning, but a proper replacement is arranged for very soon.

We are talking about the years 1965 – 1975: any recollections? Flower Power, drugs, hippies, protest marches, students’ revolution, peace movement, sexual revolution, the Pill… The social upheavals of this decade are eminent in Stockholm and the novels. Sweden was at that time in history the model social welfare state in Europe – the social structures, however, crumble.

Now I, Marlowe, would like to make a comment: the authors are convinced Marxists (Per Wahlöö  † 1975). They express their philosophical world view in their novels by their realistic presentation of the society though they don’t use the left-wing sledgehammer: it is social criticism by keeping records of the acting and talking of the characters.

Both planned the series from the very beginning as 10 novels covering 10 years and called it „The Story of a Crime“: in their view “The society” is the crime because it forces people live in it.

Why should we read any crime novels which are about 50 years old?

There were no smartphones, no PC, no digital crime archives or even a digital car registry, no stored DNA profiles to be looked for by „click” and be compared to evidence by another „click”… Crime forensic was still in its baby socks compared to today. All the action we are used to by „CSI & Co.” does not take place, but – be sure – you won’t miss it when reading the novels.

The novels appear surprisingly up-to-date. The crime avalanche is present: today and then. The writing is fresh and crisp and precise: there are no excessive descriptions of scenes or landscapes, no long retrospects into someone’s past. Bare facts rule the story and create an overall picture of violence and disaster and mess.

The series is a modern classic of crime fiction – full stop. The stories are as thrilling as 50 years ago. We are reading about crime and violence, the society and their rules, about collateral damage. There is (always) sex which is called what it is. “Swinging London” in Stockholm provides the same fall-out as anywhere around the world.

It’s an unspectacular reality we’re getting to know. In his essay „The Simple Art of Murder“ Raymond Chandler states that murder has to be taken out of the Venetian vase to end up in the gutter:  Sjöwall/Wahlöö took this to heart by avoiding complex artificial storylines, sophisticated murder weapons and indulging in phantastic alibis – they keep record of the action (although seen through their personal leftwing glasses).

It’s really worth the effort to read or re-read the series from the beginning to the end. It’s Scandinavian crime fiction – a popular genre (who doesn’t know this special kind of crime novels?). However, it’s not so dark and depressive and melancholy and desperate – to get the blues – like other writers from Northern Europe depicting crime and society in subsequent years.

What else?
The novels were made into movies beginning of the 90s – you’ll find the DVD for the sake of completeness; we never watched them.
End of the 90s a TV series started based on the ideas of the novels seeming successful because every 2-3 years a new season appears. We watched some episodes – stories of the present with Martin Beck and Gunvald Larsson etc.