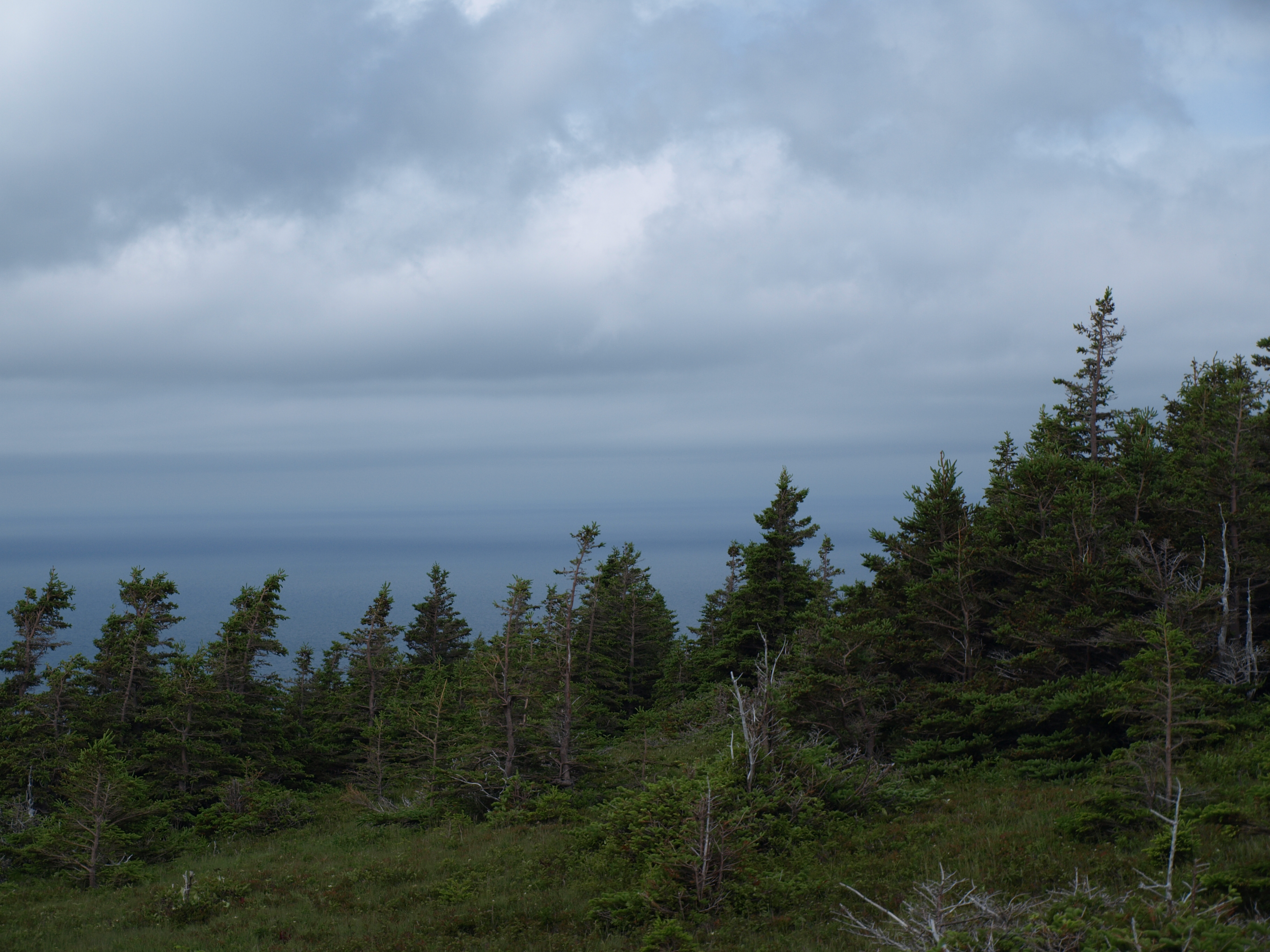 „She stopped in her tracks, took a few quick steps to the side and tried to hide behind a building column. Her heart began to pound and she told herself she must be mistaken. The man in the hood could not be who she thought he was.
She turned her head and again examined his profile.
A shiver went down her spine.
She knew who he was.
She knew his name.
Danilo. …
A wave of mixed emotions flowed over her. She felt simultaneously surprised, confused, irritated.
There was a time when she and Danilo had been like siblings, when they had shared a daily existence. That was long time ago now, back when they were little. Now they shared nothing more than the same bloody past. He had scars on his neck the same as she, initials carved into flesh, a constant reminder of their shared dark childhood. Danilo was the only one who knew who she was, where she came from – and why.
She had sought out Danilo last spring to ask for his help when the shipping containers filled with refugee children began appearing outside the small harbor town of Arkösund. He had seemed helpful, even favorably inclined, but in the end he had still betrayed her. He had attempted to kill her – unsuccessfully – and then disappeared underground.
Ever since then, she had been searching for him, but it was as if he had vanished into thin air. She hadn’t been able to find a single trace of him in all those months. Nothing. Her frustration had intensified in proportion to her desire for revenge. She daydreamed of different ways to kill him.”

from „Marked for Revenge”

Chasing the Demons of the Past

Jana Berzelius is a brilliant kid. Once adopted by the General-Prosecutor she finishes school as one of the best and passes university with distinction. With help of her father – let’s just assume this – she becomes a general prosecutor only 27 years old although she is proud to made her way through university without any help. She is motivated to stand up for law and order and carries out all her tasks in a disciplined and target-oriented way. Oh yes – she is an exemplary role model for a young woman in a difficult and strenuous position in public.

Where does all this come from?

When very young her parents are killed before her eyes and she is brought to a camp on a remote island together with other children of her age to start a very special education. She is trained in combat, in surviving and murder. There is nobody to be trusted… finally she escapes from the island, loses her memory in an accident and gets adopted. Of course her father challenges her; he knows about her past and is somehow involved…

The ongoing hard and challenging education forms her into the young woman with the specials skills she is now. In the beginning in her new family she has nightmares and flashing memories, but she gets used to it and outgrows most of her past.

I, Marlowe, couldn’t help, but… Jana reminded me in a certain way of Lisbeth (you know: Lisbeth Salander, Stieg Larsson’s heroine, the archetype of all these highly capable young women fit for combat – urban warriors for justice, revenge and wealth on their mind.) Well: while Lisbeth has a trusted friend, Jana is alone. She has got a big problem with trust and trusting anybody.

Until now there are four novels in the series and Jana as the public prosecutor has to deal with abuse of refugee children and human trafficking, gangs cleaning up their ranks and getting rid of accessories, the bloody outcome of a murderous revenge spree, drug mules from the Far East, large-scale trading of drugs, abduction, murder… even mass murder.

As a public prosecutor Jana has the lead in most of the enquiries and charging. The classic investigations are made by a team (Henrik, Mia, Anneli…), led by Gunnar. To clarify it from the beginning Gunnar has an affair with Anneli and they have a son. Anneli messes up and they split up. Gunnar is very proud of his job and his achievements… and he is rather annoyed and feels degraded whenever the National Crime Squad gets involved or tries to get involved.

Henrik is a family man married with two children. When the third child is on its way I’m not quite sure if he is pleased or not. Henrik longs for more time with his wife and especially for himself, but now that’s it once more. Above all he is dedicated to his job and works his ass off.

Mia, his partner, is somewhat mischievous: always bankrupt, more lovers than you can count – looking for Mr. Right: no – looking for sex, fun, money…

In short: everybody has a cross to bear. Especially in the higher ranks of police & prosecution power, influence, money and greed rule the game here and there. (Even Jana’s stepfather is involved!) So in the end there is (among others!) also some outcome called „police gate“ by the media – I think that’s enough and speaking for itself.

The novels cover all the acting people with attention to detail. There are always several lines of action and point of views. Simply: it’s enthralling!

Coming back to Jana… In the beginning Jana is 30 years old and the novels cover the next five years – so far. During the first volume Jana learns about herself and her fate bringing her painstaking search for her past she was dealing with for decades to an end. Since her nightmares and the discovery of the symbolic „KER” carved into her neck she was obsessed to unveil the past. Before she was adopted she was found unconsciously after a fall from some height and didn’t remember anything. KER is the name of the Greek goddess of violent death, a sister of Thanatos, the god of death. Her stepfather isn’t happy about the carving knowing his meaning very well and his origin – and orders Jana to hide it always.

So Jana is relieved and devastated at the same time after finding the truth deciding to shut up past once and forever. Unfortunately… she isn’t alone in the game.

There is her stepfather who manages to steal and hide the detailed documentation about her past Jana wrote down during all the years. He uses this package to try to control Jana. Finally he accepts that his involvement is going public and commits suicide, however, he doesn’t succeed and lives on for some time – disabled. Jana’s stepmother dies – she is collateral damage in a revenge spree.

Jana was alone from the beginning so these family tragedy doesn’t impress her too much. More important to her are her privat documents about her early childhood. So we are now dealing with Danilo.

Danilo was in the island camp together with Jana. He’s got the same education and training for combat and murder. While Jana escapes and gets adopted by a man knowing the truth Danilo stays at the camp and works as an assassin next to lots of other crimes. During the years there is more than one violent duel between Jana and Danilo.

Jana manages to get Danilo into prison, however, he breaks out. He even cooperates with her disabled father and controls Jana with help of her documentation – however, finally he gives all the documents back to her. Danilo has his own agenda and acts correspondingly; nevertheless he seems to care about Jana…

Jana is alone. There is Per, another public prosecutor, who admires Jana and tries to get closer, but Jana has still got her big problem with trusting. She wants him, she doesn’t dare, she makes an approach… Danilo takes advantage of this situation and uses Per; he threatens Per’s life and lets him be beaten up. (Of course Per hasn’t any clue about Jana’s past and her relation to Danilo.)

Finally Jana has to decide to help Danilo after his re-imprisonment by violating her basic principles as a public prosecutor or let Danilo kill Per – an awful dilemma. The novels end with Jana’s decision to help Danilo – for a start – and to kill her relationship with Per for the sake of rescuing him.

I think it’s a classic cliffhanger… I’m waiting for the next novel!

The final question in this series is something like: Is Jana good or evil?
She works as a public prosecutor and makes a good job convinced of law and order. However, she kills… She doesn’t kill out of greed or amusement – only to protect herself. It’s a difficult and interesting question…