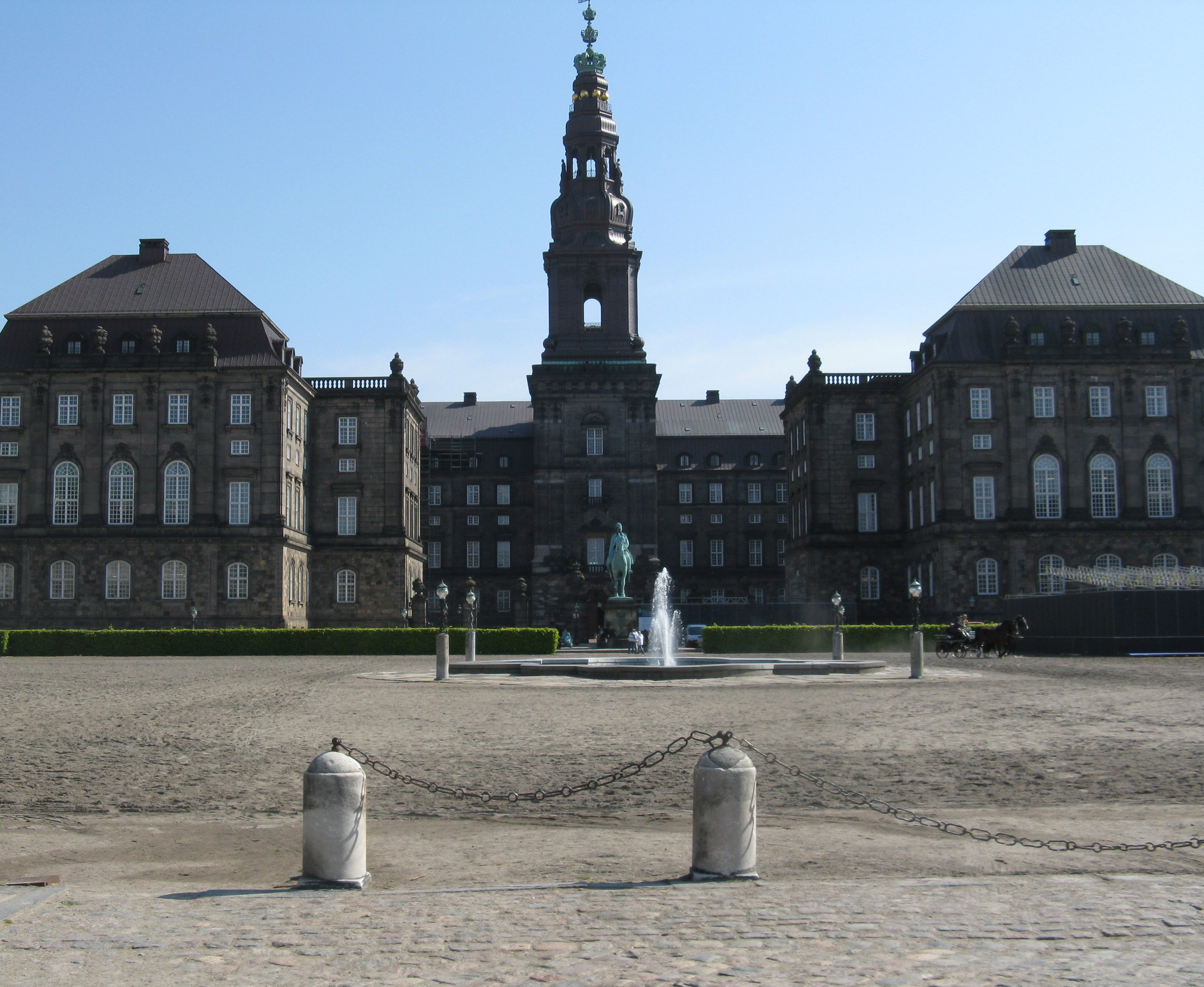 Carl took a step towards the mirror and ran one finger along his temple where the bullet had graced his head. The wound had healed, but the scar was clearly visible under his hair, if anyone cared to look.  …
It was obvious now that he had changed. The furrows around his mouth were deeper, the shadows under his eyes were darker, and his expression showed a profound indifference. Carl Mørck was no longer himself, the experienced criminal detective who lived and breathed for his work. No longer the tall, elegant man from Jutland who caused eyebrows to raise and lips to part. And what the hell did it matter anyway?  …
On that particular day it was Carl’s team’s turn to respond, which was OK with him and his two assistants , even though Carl griped as usual about being overworked and how the other teams were slacking off. But who could have known how fateful this call would turn out to be? Or that only five minutes would pass from the time they entered the room with the reeking corpse until Anker lay on the floor in a pool of blood, Hardy had taken his last steps, and the fire inside Carl had been extinguished – the flame that was absolutely essential for a detective in the homicide division of the Copenhagen Police.  …
‘Marcus. Nobody’s coming right out and saying so, but the man is a total pain in the butt, and actually always has been. He’s not suited to working here; we’re too dependent on each other. Carl was hopeless as a colleague from day one. Why did you bring him downtown from Bellahøj?’
Marcus fixed his eyes on Bjørn. ‘He was and is an outstanding detective, Lars. That’s why.’

Carl Mørck is doomed since the day when one of his assistants, Anker, dies and the other one, Hardy, gets badly paraplegic after a routine visit to a crime scene. All of them are attacked and shot out of nowhere. This  incident is never cleared up although three policemen became victims – so you should assume that the police has its very own interest to arrest the attackers, convict them and throw the key to their cell away. Carl blames himself since then because he thinks that he was too slow, too surprised by the attack, too shocked for any defense.

When returning to the homicide department he is difficult to handle, but everybody knows that he is a brilliant investigator. So he becomes the head of a new department which shall deal with Cold Cases. (It’s mainly a means to an end: get access to subsidy funds.) On the one hand there seem to be quite a lot of Cold Cases, otherwise it’s a small team: there is Carl and there is Assad – for the start. Both get offices in the basement with poor equipment until Carl makes a riot after having noticed that the financial resources meant for his team are spent otherwise. Later on a PA and a junior policeman join the team which makes the team’s lives more colorful.

Carl should be satisfied: a new challenge, a small team, lots of work, but he may handpick whatever he likes to do. Of course there is Hardy: Carl cares about him and is devastated at the same time. He is depressive, his life is miserable and so he makes the lives of the rest miserable. However, there are the cases … and Carl feels better when investigating a hot lead and dedicates himself to solving the mystery. During the series he starts in his mid-40s and is finally in his mid-50s: never he seems to be happy again apart from his work with the Cold Cases.

The Cold Cases turn out to be demanding, strange, dreadful – always filled with elaborate cruelties. Everything was buried years ago depending on lack of evidence or leads, influential circles or ignorance and laziness.

I, Marlowe, was shocked when reading the first novel of this series. Statistics tell us that the Danish people are among the happiest people of the world. Maybe – but there seem to be more maniacs out there than you may imagine. We are not talking about straightforward criminals, gangs, Chinese triads, Russian Mafia … all the well-know usual suspects. The crimes Carl Mørck and his team have to deal with are among us, in our neighborhoods, in bucolic villages, in exclusive country clubs – and they are present since long years. The series introduces us to a new quality of crimes and brutality which gets under your skin. You ask yourself how might this happen in a civilized country like Denmark?

The cases deal with barbarous personal revenge acts, strange religious cults in remote villages of the country, terrorism, passion for extreme pastimes risking the lives of other people, abuse of children, abuse of unmarried pregnant women … all hidden beneath a well-tended social front. All starts in the past and suddenly there are hints, new victims, new twists leading to new findings. All is woven, deeply tangled – and it needs the brilliance of an investigator like Carl Mørck to open the case, analyze the facts, include new information and hurry finally to rescue whoever is on the verge of violation.

In Carl Mørck’s new world people are cruel and use violence against their fellows. Adamantly. Denmark is a welfare state with a civilized society, however, just this environment seems to create hidden violence everywhere. All these meaningful keywords which seem to come straight from the Bible, from the Old Testament, are true for the atrocities happening.

There are linking elements during the whole series. It’s the attack on Carl, Anker and Hardy and its aftermath. On the other side it’s Assad’s secret life.

The attack looms over everything in each novel of the series. It doesn’t seem that there are any strains to clear this case. From a continuous viewpoint the attack is by now a Cold Case. Sometimes there are hints that corrupt policemen are involved – I also remember that there is some idea in Carl’s head that Anker may have played false. Maybe a clarification is on horizon: near the end of novel #8 there is some information about news on the The Nail-Gun Killings (aka the attack) which need to be discussed with Carl. So let’s wait and see.

Concerning Assad and his secretive life all is revealed during novel #8. I think it was time to do so. Carl is suspicious concerning Assad from the very beginning of their co-operation. He thinks Assad is a half-wit having had luck to get this job which – as Carl thinks – mainly consists of cleaning, tidying up, coffee making … Rather soon you learn that Assad is much more than a simple immigrant. He has quite a lot of knowledge and capabilities, language skills, emotional intelligence next to his analytical capabilities. Nevertheless Carl is suspicious – and maybe a little jealous.

During novel #8 Assad’s cruel fate is disclosed step by step. You learn about his family, his mission in a special forces team, his escape from Middle East … and Carl starts action as soon as he thinks that Assad is in danger of life when some information surfaces concerning Assad’s former life and Assad suddenly runs to uncover long hidden secrets. Carl suspects foul play and is right: an assault seems on the horizon involving people who disappeared years ago. The fate of Assad and his family isn’t easily digestible.

Carl’s world evolves around his team and some friends. Set apart Assad it seems that all are somewhat queer. Rose, his PA, has a lot of ongoing private trouble which is more or less revealed during all the novels. Carl’s housemates take care of Hardy, but have to struggle with their lives as well. Nevertheless they seem happy, fundamentally happy. Somehow Carl doesn’t fit into this little world because he is rather negative and unkind – like we stated at the beginning.

The success of this series depends on its view of the everyday dark side of our lives which we normally don’t perceive and the exposure of atrocities which seem so simple and so horrible at the same time. The victims are too often too young, too illiterate, too poor … to help themselves. From a certain viewpoint you may state the the welfare state fails in all these cases, however, there are also too many mentally disordered people out there who live their lives as respected citizens until something happens, maybe some silly whatever that sets something in operation.