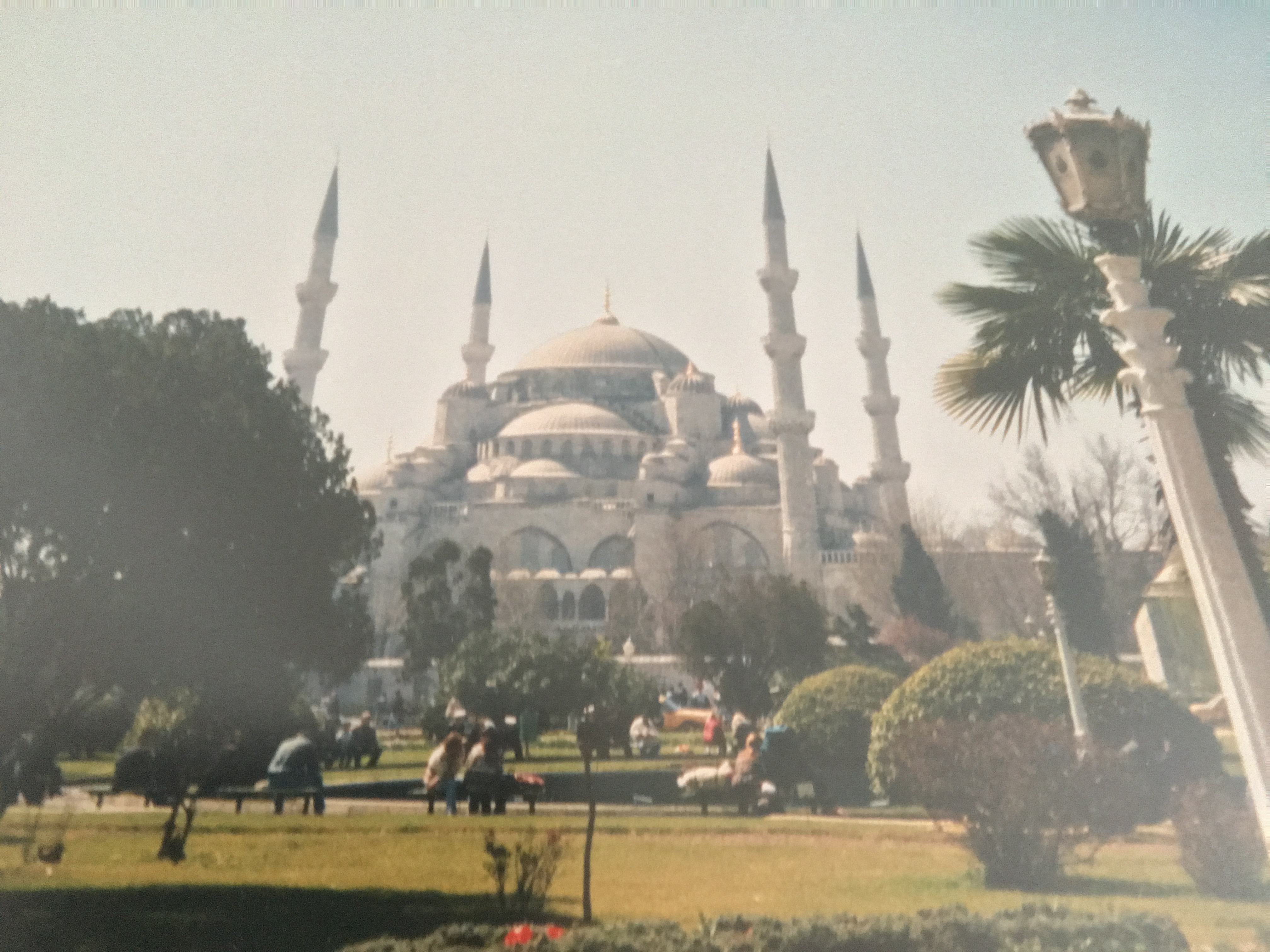 “«Tomorrow I will resign,» Īkmen said. «I don’t want to join poor Teker in the hell she’s going through at the moment.»
«You know?»
He nodded. «What I’m doing is a gamble. I know that my resignation is what is wanted, but wether they’ll let me get away with my pension and my liberty, I don’t know.»
«They have to give you your pension!»
He laughed. «Mehmet, they don’t have to do anything.» His face dropped. «But even if they do take it, I can work. And if they lock me up, the apartment is paid for and the kids won’t see Fatma starve. What is happening in our police force isn’t right. People are interfering with what we do.»
«I don’t think it’s right either.»
«Yes, but at the moment, you’re are the golden Ottoman boy. They won’t do anything to you.»
«I know,» Süleyman said. «And that’s hateful too. I’m not an Ottoman. They’re all dead and gone. I’m not a neo-Ottoman either, because to revive all that is also to revive the mistakes of the Empire made, and they were legion.» …
«This is something of a shock,»Ozer said as he pointed to the letter. «I do hope it has nothing to do with the resignation of my predecessor?»
«Not directly, no, sir,» Īkmen said. «I had a good working relationship with Commissioner Teker, but…» …
Īkmen had seen men in turbans and robes crowding into Ozer’s office that morning. He’d once seen them trying to book an appointment with Teker. But she’d always instructed the front desk to tell such people she was out. …
«Çetin Bey, you may be required to give evidence in the upcoming investigation into my predecessor, » Ozer said. …
«Yes,» Īkmen said. «And not once did I ever have reason to believe that Commissioner Teker was corrupt. I can make a statement to that effect for you today.» …
«That won’t be necessary,» he said. «We’ll contact you when we need your input.» …
When Īkmen left Ozer’s office, he wondered how long it would take for his pension to become contingent upon his saying what they wanted him to about Teker.

Crimes in a Cross-Cultural Metropolis

When Çetin Īkmen and Mehmet Süleyman work on their first case in Istanbul, Īkmen is just 40-some and Süleyman is about 25 years old. For the next 20 years they face fraud and murder, blackmail and manslaughter, torture and other atrocities in one of the oldest and arcane metropolises of the world.

The ancient city meets modern Istanbul, a region with about fifteen millions of inhabitants; incredible rich people meet the wretched poor, quarters occupied by Islamic fundamentalists adjoin squares with bars where raki flows. All religions of the world seem present and ready for turmoil. In each novel the reader will make a deep dive into the melting pot Istanbul and its secrets, always presenting another facet of the city, of the country of modern and ancient Turkey.

I, Marlowe, was truly impressed by the series because of its straightforwardness when covering about twenty years meanwhile the protagonists grow older and wiser – well, not always! Especially the political changes in Turkey although progressing slowly and minimalist are incorporated and deliver a continuous story. Īkmen and Süleyman not only have to deal with criminals and pervasive corruption, but also with the political changes, refugees from the civil war regions as well as religious warfare.

Coming back to Īkmen and Süleyman, police inspectors quite different from their background.

Īkmen is a child of the Atatürk republic, an atheist, nevertheless happily married to a devoted Muslim wife. They have nine children; one of them made wrong life choices and ended up in crime and death. Īkmen (as well as Süleyman) is a heavy smoker and always fond of some brandy at the end of the day. By the way: he makes friendship with a straying cat in his favourite bar – Marlboro likes to accompany his evenings and the snacks he’s fed with. (I, Marlowe, just want to mention it.)

Süleyman is the offsping of a former noble family from the Ottoman orbit although not endowed with  wealth. He is handsome, was married twice and has a son who lives with his mother (wife number two) far from Istanbul. Süleyman nowadays lives together with his lover, a gypsy artist, and he is a sex maniac with lots of short-lived affairs.

Both men are devoted to their job in the police organization and do whatever necessary to put guilty parties behind bars. They are incorruptible – and that’s a significant difference compared to their colleagues and the whole of public administration.

Around Īkmen and Süleyman there are Sergeants – coming, going, killed during service. Both have no reservations when working with Kurds, Armenians, Yezidis, gays… which isn’t so natural seen from the evolving religious-shaped background in Turkey. Also their boss always backs them up – except when politically ordered a new boss all of a sudden replaces… (see citation). Especially in the last novels the growing Muslim influence in all parts of life becomes obvious.

During their joint time at the police numerous crimes have to be investigated. Murder is the most common start of a longish search for truth. In a metropolis like Istanbul – you can be sure – there is wickedness without limits when people are looking for their fortune or their revenge or whatever. In Istanbul there is a culture clash: there are modern Turks and traditionalists, there are Western oriented Turks who smoke and drink alcohol and there are devout Muslims, there are women in miniskirts and women veiled from head to toe. There are Turks, there are Armenians, Jews, Yezidis, Kurds, gypsies – and more and more Syrians, Iraqis, refugees, Muslim warriors. There are urban Turks and Turks from some remote region far away from the metropolis. There are the families and their intimate rules. It’s a terrific melting pot and crime is everywhere.

From the perspective of an European the whole of Istanbul is a society far away from usual daily life full of strange rituals and mystic backgrounds. All of it is always somehow entwined with the story of each novel and this density makes it so intriguing reading about. I really doubt that the series would have been so successful without the Istanbul background.

…at the end:
The citation at the beginning is from the end of the so far last published novel. Īkmen resigns to start retirement as it seems, but there is a follow-up novel on its way… A short text passage suggests that there is a lot of work as some sort of PI waiting for Īkmen as some sort of PI. So I think the series will continue – and I’m happy about it.